Each week, to keep you informed, I'll just post a few little things on my mind :)
Well, thanks to Cliky Minty for telling me that someone had copied my icon on twitter. It's a shame really, because I like to be unique, and other penguins should be themselves and not copy, but once it's done, it's done. There's no going back. Anyway, because of that, I was looking around in some of my old folders, and I found this icon! I'm going to turn up the contrast on it, add more powerful black edges and set it as my profile picture! 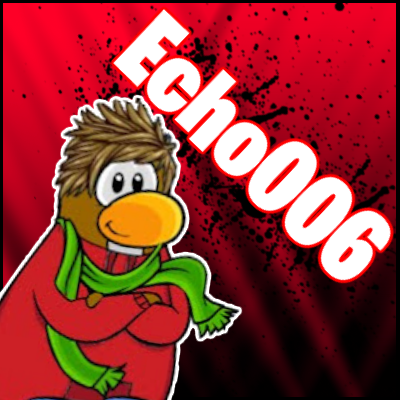 Do you like it? Give me your feedback in the comments! Also, be sure to grab the silver award at the awards show today, as it is only available on the 23rd, before penguins receive their gold award! Plus, I'd like to tell you about some penguins that I know. One of them is called Sallyshort, and she has a brother called Ferdberd. There's more called Zowey, Bubsey, Pingywin and so on - they're all part of a big family called the Penguin Pages and I've decided to leave the pages for now :) Plus, Polo Field commented on the blog! Last, but certainly not least, Penguiin23 (the penguin who makes this blog what it is) has been doing a fantastic job of doing the coding and all sorts, and he never really gets a thank you - because he's always behind the scenes :) That's everything for this week!
Posted by Echo006 at Saturday, February 23, 2013