Don't hide who you really are, be yourself, have fun and enjoy life :)
Who will win, The Super Villains or Heroes? The final showdown has arrived, today is the last day of June! In three more days, everything will be back to normal. Celebrate with fireworks, the Olympic Torch (if you are in England) and free 7 day membership! It just couldn't get better, in fact ~ there's going to be a new Penguin Style Catalog out shortly! And to make it better, here's an fantastic tune...


Tune Of The Day 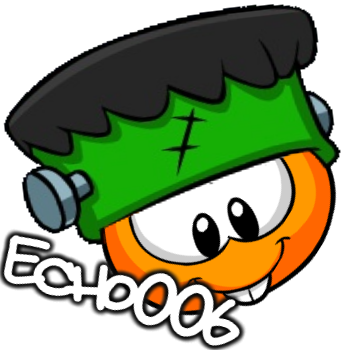 Non-Members, you are in luck! Get free membership, with this wonderful website!
Today is a great day to post! All because right now penguins all over the world can get FREE 7 Day Memberships instantly, just with some clicks you will be a FREE member for 7 days and best thing you can do it again and again :D Just go to this place that is in Deutsch http://www.spielaffe.de/Spiel/Club_Penguin_Aktion and follow this easy steps:) Go to the site and click Jetzt spielen! 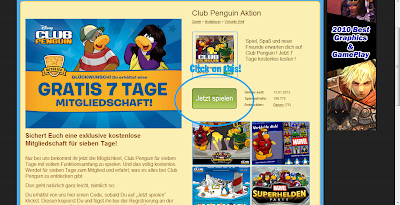 Club Penguin was so much better before Disney took over the website. Now, it is all about war! Disney wants more money and they are advertising so much, they have taken most of the features away from non-members and it is not fun at all! Rocky and CeCe are arriving at Club Penguin, for advertisement to their show! And as Disney owns the show and Club Penguin, they can do whatever they want :)

Looks can be decieving :) It isn't about what is on the outside, it's about what is inside.
Even Super Heroes and Villains need to take a break from saving the world... or destroying it. Check out our latest Fun Activity:

What kind of fun activities would you like to see next? Let us know in the comments below.

You can't change the past, so look forward to your future :)
In Happy77's latest post, she mentioned that Rocky, CeCe and Cadence would be at the Ultimate Jam Party :) She didn't say anything about the Penguin Band, but thanks to Trainman1405, I have information that the Penguin Band will come, confirmed by a moderator, Cool Times, at Club Penguin! The team have also posted something on twitter saying "Here's another little secret about the upcoming party in July... You'll also have a chance to pick up some Penguin Band stamps. :)" There are 7 different characters to meet at the Ultimate Jam! I wonder how they are going to fit that onto one tracker :) Keep dancing... 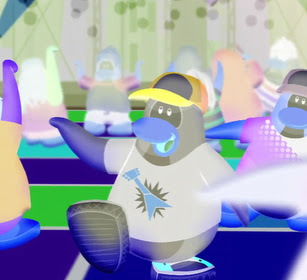 Don't give up trying to find Aunt Artic ~ keep on going, you will find her some day!
As the Club Penguin Team stated, Aunt Arctic would be at the scene today, I arrived on Deep Freeze 5 minutes before 4PM BST, the town was full so I waddled to the Coffee Shop...

The Ultimate Showdown is on now! Be there, or be square :)
The villains are trying their best to stop the Super Heroes. EPF Agents are almost impossible to stop. Who will win the battle? The destructobot is attacking, but with an even number of villains and heroes, anything could happen! Listen to this tune, get up and dance! I've just got two new puffle plushes, both with hats!

If your face wants to smile, let it. If it doesn't make it :) Here's a sneak peek of the Ultimate Jam Party that starts on July 19th!
Happy77 here. There have been a lot of questions about what we've got in store for July. So I wanted to share a sneak peek of the party coming next month...

Starting July 19, we're going to throw the biggest music and dance party you've ever seen! Club Penguin's annual Music Jam will be transformed into the "Make Your Mark: Ultimate Jam". It's going to be epic!

Here's a sneak peek of what we're working on:

If you set your mind to it, everything is possible :) How will you Make your Mark?
The brand new party coming on July 19th is called Make Your Mark: Ultimate Jam! It is basicly like Music Jam, but different. Cadence will be coming along with a new background and two friends from Disney Shake It Up, Rocky and CeCe :) Every day of July I will be posting a special music tune that you are able to listen to! They will be related to the post (hopefully) and will be very intresting! This will continue for one month each link in an individual post! Enjoy listening to these awesome tunes, here's a photo of the Club Penguin Band which we do not yet know if they are coming to the party... 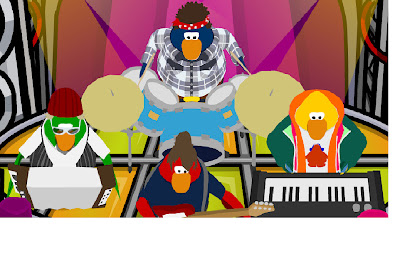 From now on, I will write what number the post is and I will post a little message like this at the top of the post. Keep Smiling! :) Click here to listen to the tune of the day!
I was busy watching the wonderful fireworks and destroying the tiny Club Penguin, when I saw a brand new Spy Phone Message! I wonder who it could be from. There's only one way to find out...

This is my 950th Post ~ The latest pin is hidden at the Dojo Courtyard! After 950 posts, this is the second pin hidden here since I started my blog back in September. This pin was the milkshake pin and I made the post on the day I created the blog :) And now if you waddle to the Courtyard you will see a Super Villain Pin!

The Club Penguin Times is out now! Take a look at the Final Showdown :) The ultimate question is...Who will win, Super Villains or Super Heroes?

The Marvel Super Hero Party has been extended for another week! The super heroes are trying their best to stop the Villains and so far everything seems good. The EPF Agents have secured the Meteor ~ this should stop the destructobot and a certain other robot. Once the meteor has left Club Penguin, everything will be back to normal. But before that, Aunt Arctic is visiting Club Penguin on June 29th. Find out more in the video below...
Click here to Read More...
Posted by Echo006 at Thursday, June 28, 2012 No comments:

EPF Agents, report to the Command Room! Gary needs you to stop the meteor ~ this will stop the protobot because this is the source of his power.

Once you have done this, continue to help citizens and fight the Super Villains. It is not long now, soon the island will be safe and sound :)
Posted by Echo006 at Thursday, June 28, 2012 No comments:

Head over to the Mountain or the Iceberg to watch a beautiful display of Fireworks! These fireworks don't last long ~ they are only here for a few days and will return in 6 months for New Year :)

...I love Fireworks, they look beautiful and I can just about see them from Dinosaur Island!
Posted by Echo006 at Thursday, June 28, 2012 No comments:

Club Penguin have extended the Marvel Super Hero Takeover for another week! They are giving everybody a chance to meet Aunt Arctic :) Watch the video below to find out more details...
Chattabox is at the scene of the destructobot! Make sure to meet Aunt Arctic on June 29th ~ I think Club Penguin extended the party because the were a few glitches. Nobody could access both HQs and I think that Disney LOVES war!
Posted by Echo006 at Wednesday, June 27, 2012 No comments:

Everybody has a beautiful igloo, but only a few penguin's igloos are shown to the world on the Club Penguin Blog. Look at those fantastic igloos!
Pandabear01 said: "You should really check out this penguin Hexgirl's igloo. It's so cool. It is a beautiful park. You should really look at it she would be so honored!"

Penguiin23, a lovely friend of mine, created this beautiful icon of Echo006 as the hulk! Doesn't the costume and outfit look so detailed? The background is lovely!

It has been quite a while since I have added any new Funny Pictures so today I decided to make some!

Echo always gets stuck inside things, he is so fat!

Shh! EPF Agents, report to the Command Room then head to the Snow Forts by the car, this is the field-op location :) 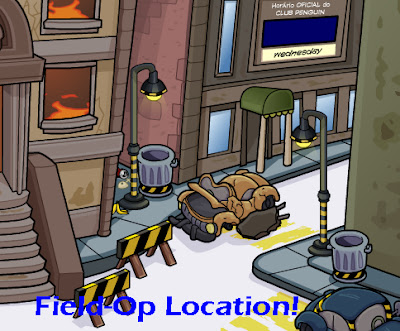