What's New with Membership in April?

Members can access EVERYTHING on the Club Penguin island you can possibly imagine, but it does cost quite a lot per month and can be disappointing when bugs stop you from playing. Here is a little sneak peek of what will happen in March just for members... (click to enlarge) 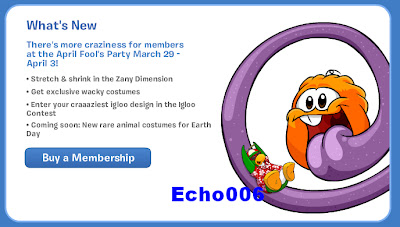 AWESOME! I can't wait to strech and shrink for the April Fools party! Did you know that it is so silly that it starts in March :D Coming soon, Earth Day Party! I wonder if a new room will be added. Time will tell...
Posted by Echo006 at Friday, March 23, 2012 2 comments:

As well as Happy77's post about Featured Igloos, Bultaco89 has also been featured on the Community Page! This igloo looks like a fabulous puffle hangout... 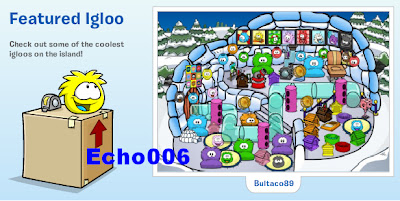 Sorry for the short posts with only one picture, the reason for this is because nothing big is happening on over at Club Penguin and I have already posted the guides. Decorate your igloo in style!
Posted by Echo006 at Friday, March 23, 2012 No comments:

This is an Australian Video Blog that invites you to a party with PH!
Club Penguin should of made the party time in PST not Australian time, so then everybody can try and make it! I love how the puffles move away from food and hide, thanks Club Penguin for this video blog!
Posted by Echo006 at Friday, March 23, 2012 No comments:

Over at my facinating igloo, I noticed a difference in the tree! Dragon fruits! How could my day get any better? First, a cake pin and now some dragon fruits :D 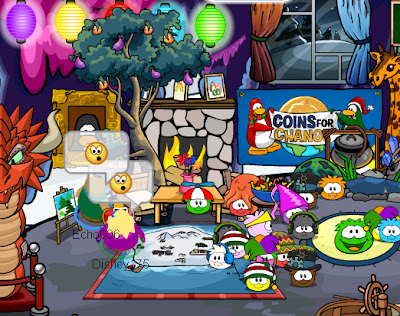 Mmm, so tasty! Now I must water the tree to make sure it stays healthy and nutritious!
Posted by Echo006 at Friday, March 23, 2012 No comments:

As predicted, for the next few weeks Club Penguin are making Puffle Food pins! Haven't you noticed? This weeks pin and last weeks were both related to each other, new food in the Puffle Catalog! 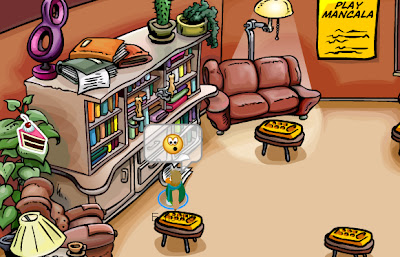 This looks just as delicious as the cheese pin! Thanks Disney175 for helping me to find it!
Posted by Echo006 at Friday, March 23, 2012 2 comments:

EPF Agents report to the Command Room for your latest Field-Op. Teleport on your Spy Phone or waddle to the Every Day Phoning Facility. Do not click read more if you are not an EPF agent! 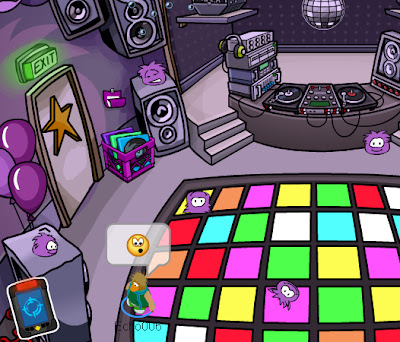 I've been making some funny pictures up lately, if you click on the Funny Pictures page to the right on the sidebar you will find TONS more to make you laugh out loud! In the meantime, enjoy these below! Remember - any copying without letting me know first is illegal. If you would like to take a picture from this blog remember to always comment with your blog address and what picture you would like to take.


Red Puffles shouldn't be sleeping when somebody is drowning... 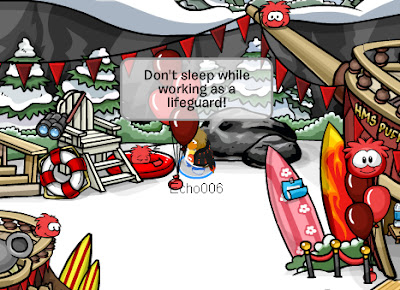 Club Penguin have updated the Fan Art in the Book Room. Waddle over there to check it out! I wonder if mine is featured... 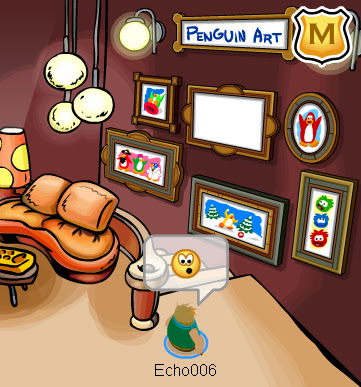 Many of you may of been struggling to meet PH, the Puffle Handler! With Perapin's awesome guide, you will find her within minutes! Firstly, you should check the tracker and refresh it every few minutes! Thanks to fabulous Perapin for making this wonderful post and letting me share it with others :)

How do I find PH? :)
She could be on any server! But the servers I would check would be the servers that are 2-5 bars. When you check a server, you should check the rooms that PH goes to! :) She goes to these rooms many times! :) Puffle Playzone! Ski Village! Pet Shop!
Click here to Read More...
Posted by Echo006 at Wednesday, March 21, 2012 1 comment:

This is a message from Happy77:

Happy77 here. Check out some of the brilliant igloos you nominated to be featured on the blog:
Bryna1 said: "Hi, you HAVE to check out my friend Gogleyfart2's igloo it is FULL of puffle stuff! PLEASE CHECK OUT HIS IGLOO!"

The Mysterious Ninja Part 4 - My Stories and Adventures

---------------------
You're getting close,
Don't be shy!
The next eggs hidden
Out of sight!
-------------------
Don't you just think that these stories are getting old and boring? Well, think again! Last time, I had just fell in the water! This strange ninja is ruining all the peace on Club Penguin. This part does not resolve any of the issues, it just makes them worse! Click here to see the story so far and how it all began. Be sure to check out some of the new Funny Pictures :) The next part of the story will be posted in either late March or early April!
...Falling in the water was one of the most dreadful experiences of my life. I was cold and scared, but eventually grabbed on to the anchor and got pulled up. After hours of waiting, the ship arrived at a strange little island full of supplies. Then it hit me! I could use the cans of paint to spray colour back on the island and some of the snow to fill that giant hole in the Plaza! 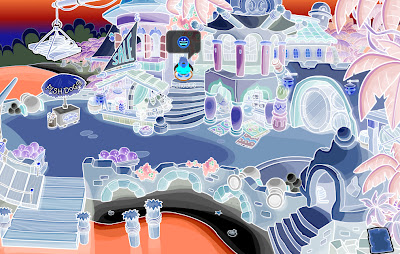 The blog is currently under construction as you well may know. Nothing much going on in Club Penguin, I'm preparing a PH Tracking Tips post and we've got a ton of hits! Just to let you know, there are a few glitches on the site and I'm fixing them, whenever I spot them. Here's a bit of information about me. I have been to all the Puffle Parties so far! I am over 1400 days old. I have over 50,000 coins. My first pin was the Crayon Pin. I arrived on Club Penguin just after the April Fools Party finished, a day after! Things are being improved, I am tracking very hard to find PH so I am not posting as much! There will be more changes throughout the week, sorry for the purple text colour not being able to be read as well, have any suggestions? Just comment below and I'll be sure to mention you in the next update post and maybe even add the feature you have suggested :D Transform and party...
Posted by Echo006 at Sunday, March 18, 2012 5 comments:
Newer Posts Older Posts Home
Subscribe to: Posts (Atom)