The map has been updated with the Ice Rink! It will soon be here...

When you go in, it is still the Card-Jitsu party so you cannot tell it has changed! Or has it? Time will tell... 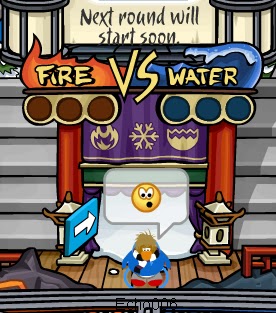 Can you wait for the Ice Rink and the Snow and Sports Catalog? Its going to be awesome!
Posted by Echo006 at Saturday, December 03, 2011 No comments:

Rockhopper's Flowerplants are not blooming! I tried everything to make them grow! 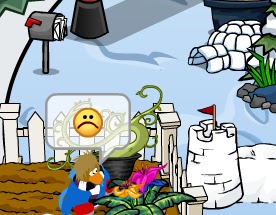 Lets think of some ideas! I have put them in soil and watered them, what else can I do? I know! 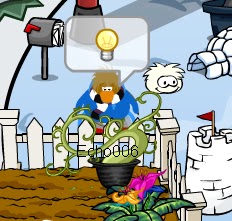 Lets ask Aunt Arctic! She always knows what to do! See how the plants looked earlier.
Posted by Echo006 at Saturday, December 03, 2011 No comments:

A few days ago, Rockhopper and Yarr got ready to leave Rockhopper Island and come back to Club Penguin! His ship is decarated in green!

What rare items will he bring? Shh... I'm a stowaway! 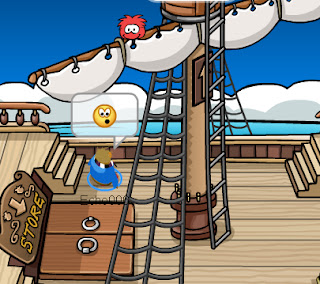 Can you wait for Rockhopper to arrive? I hope he brings a new background!﻿
Posted by Echo006 at Saturday, December 03, 2011 1 comment:

Rockhopper was in America yestarday thanks to all of you who submitted drawings of penguins in coats!

From now on, I will just post the thumbnails! Do you like these pictures? Thanks for helping!
Posted by Echo006 at Saturday, December 03, 2011 No comments:

What happens when you mix coffee with Card-Jitsu?

Club Penguin have made a video about Card-Jitsu and coffee!

Not looking good! Thanks Club Penguin for making this funny video! Do you like this video?
Posted by Echo006 at Saturday, December 03, 2011 No comments:

I was busy watering Rockhopper's Flowerplants when my Spy Phone alerted a message! 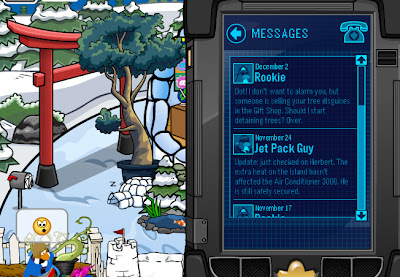 "Dot! I don't want to alarm you, but someone is selling your tree disguises in the Gift Shop. Should I start detaining trees? Over."

Uh oh! But these costumes have been available for months and we can get a stamp with them called "Tree Mob". Looks like Dot needs a new disguise!
Posted by Echo006 at Saturday, December 03, 2011 No comments:

Finally, after a few months of hard work, Echo006 In Club Penguin is no longer under construction. Operation Upgrade is complete. Here are a few of the new updates

Do you like the new updates? There is still more going on behind the scenes... Tell me in the comments if you would like anything else! I just might add it.
Posted by Echo006 at Friday, December 02, 2011 3 comments:

There are some NEW Fun Activities!

Which is your favourite? I like the Ninja Battle recipe. I wonder what it will taste like...
Posted by Echo006 at Friday, December 02, 2011 No comments:

Club Penguin have added a new wallpaper! It shows Sensei pouring a cup of tea!

Are you going to download this wallpaper?
Posted by Echo006 at Friday, December 02, 2011 No comments:

Club penguin have changed their poll!

The Mystery Part 4 - My Stories and Adventures

On my journey, throughout the past I had found tons of information that I needed. I knew lots of secrets and tips. I carried on thinking on what adventure would strike past me. But nothing happened. I started to warm up by the fire. I slowly fell asleep... 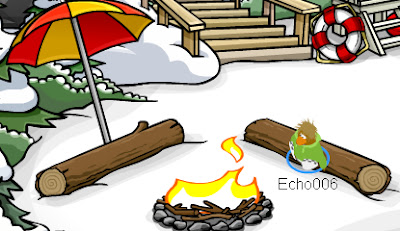 I had a strange and mysterious dream! Me and my friend were at the old Mine Shack. I couldn't believe it! 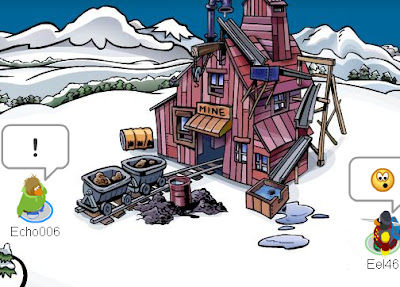 ﻿Then I realised, the mystery was about the storm that came to Club Penguin for the Halloween Party.﻿ It was now the Card-Jitsu party and ninjas were everywhere! But the dream showed more...

...I started to shrink! Everything got smaller and then puffles jumped about. They were throwing snowballs at me! 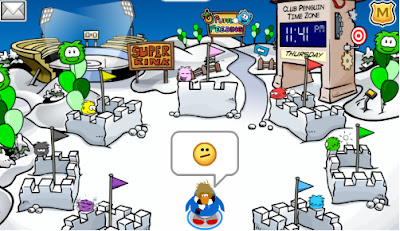 Then Sensei showed up, he told me that when I woke up I must speak to him. Then all of a sudden, I woke up! My puffles started to crowd me, as if they were saying speak to Sensei. 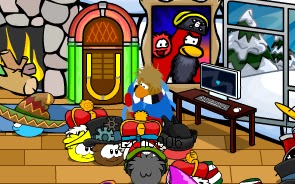 I waddled to the dojo and called for Sensei. I couldn't find him anywhere! I wondered what he would want to talk about. 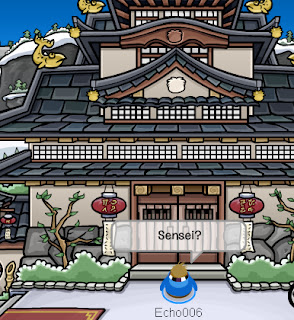 I decided to give up. But just as I turned around, I saw an old penguin in a brown coat. I looked at him. Could it really be Sensei? 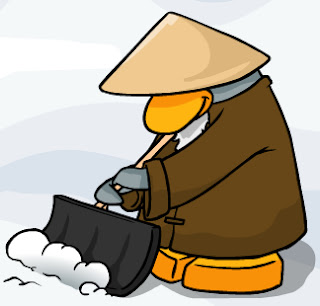 It was! But then he flashed away. I wondered where he went and how he disappeared. I thought about the Shadow Ninjas. Could it really be true?

I still couldn't find him. I looked in the fire dojo, the water dojo, EVERYWHERE! There was no sign of Sensei. 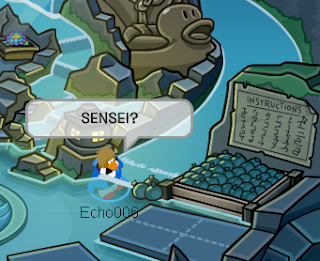 I rushed to Aunt Arctic's igloo, to find that she was typing up the latest issue of the Club Penguin Times. 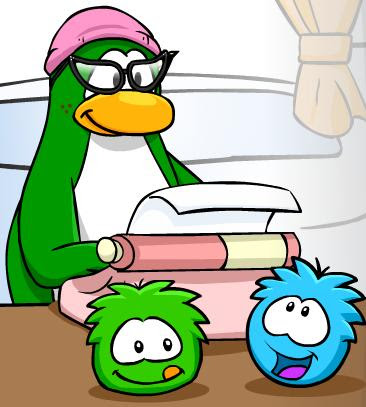 She told me that Sensei was training for Card-Jitsu snow. Then she told me about what Sensei had once said. "When something is unclear start at the beginning." I looked back at what happened. The storm started, then ninjas appeared! It must have something to do with Sensei. I said thank you to Aunt Arctic. 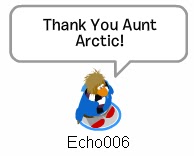 I rushed back to find Sensei waiting at the Ninja Hideout. He told me about the Ninjas. I realised how the storm had been created. From the Water Ninjas powers! Why didn't I think of that before! 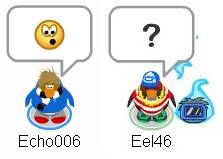 The Mystery was solved! It was the ninjas after all that made the storm. Where will I go next on my crazy and amazing adventures? Shhh...

The latest pin has been hidden on Club Penguin! Here it is at the Ski Lodge. 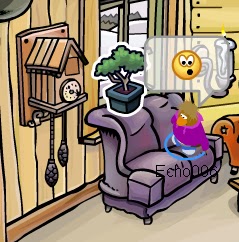 Do you like the new pin? Again, it has a bug in the stampbook!﻿
Posted by Echo006 at Friday, December 02, 2011 No comments:
Newer Posts Older Posts Home
Subscribe to: Posts (Atom)