To read part one, click here. From that post, you can click on the link at the end of part 1 to be taken to part 2, which takes you to the next part and so on...22nd Feb ~ I find myself surrounded by penguins, in Studio B. It's not as fun as you think, standing around, waiting for your scene to start. Acting is a whole different life to being a normal Club Penguin citizen. But when was I ever normal? I've still got the autograph from Cadence in my right pocket. It's the best gift I could've hoped for. This is my birthday. But nobody got me a present. Nobody noticed a thing. It was like being forgotten. Not even Zowey, Pingywin, Bubsey or Woddylan gave me anything. Everybody was rushing around, getting into position, rehearsing what seemed like a million lines and arguing with others. Eventually, it was stopped as all the extras were in place. It was my scene. At last. This was the building jump scene. The hardest scene anyone has ever attempted. I'm with some other penguins and I say a few lines to them, like "I don't need to do paperwork, I've got other things to do." You can most likely guess that this is where I work. I end up getting so frustrated that I fall out of the window. It's crazy, I know, but I still find it exciting! Then a thought flashes through my mind. A terrible thought... 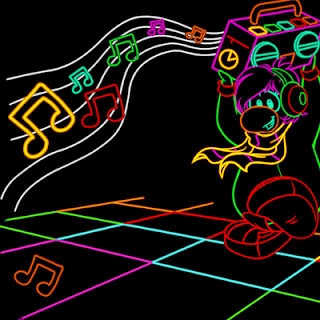 ...What if I drop Cadence's photograph she gave me? I'll have to put it somewhere safe. I put it down on the side, and get ready to jump down onto the mat. I sit on the chair, and suddenly fall to my right and I smash through the glass, landing on...the mat. I bounce up, and jump with joy! I'd actually done it properly. No mistakes, or anything like that! After that, it was time to leave. I rushed back up to the set and grabbed the photograph of Cadence. But it wasn't there. It had been stolen! My heart pounded and I physically felt sick. Who would of done such a mean thing? I told myself to forget about it. The memories matter more.
To read part five, click here!
Posted by Echo006 at Friday, February 22, 2013