To read part one, click here. From that post, you can click on the link at the end of part 1 to be taken to part 2, which takes you to the next part and so on...
23rd Feb - Filming as usual. It was great fun, and there seemed to be more cameras flashing as I stepped out of the limo, and entered CP Studios. We did a few other scenes, where I have a few other lines and then we had a break. I decided to hit the Pizza Parlor today in the break. I took the limo and again, when I found myself at the Plaza, there were more penguins flashing cameras. Then I looked up in disbelief. There was an awards show. It wasn't open yet, but I could see posters everyone with famous penguins. I even found one with me on! How could penguins know about me? The movie hadn't even been released yet! I decided to forget about it - I might ask the director later about it. As I entered the Pizza Parlor, I was shocked as another blast of cameras flashed at me. I was even asked to sign some autographs! I managed to get a seat, without being crowded and I ordered a hot spicy pizza. 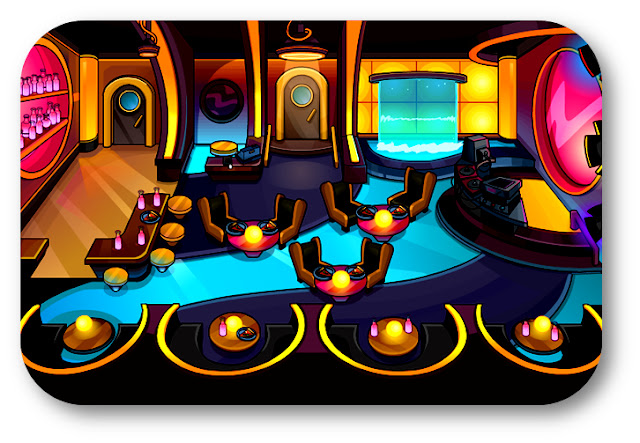 ...I'm mesmerised by the sparkling lights, and the ocean-blue river which runs down and through the pizza place. It's amazing. I'm stopped by another few penguins, and even the waitor for an autograph. I can't understand what's happening, but I go with it anyway. I decide that I've had enough, and head back inside to the limo. On the way out, I notice a giant sign with my name on it and a picture of me! In the description it reads "Echo006 - the latest superstar!" I'm really proud, and I hurry over to Set B and everybody applauds. I ask the director why I'm so famous, and he just winks. Then he asks me if I'd like to be in another movie! I'm shocked, but since I love it so much, I said yes. He said that filming starts on the 24th, and that I might even get my very own award after, on the 26th, when all the movies finish up for the month and start to be produced. I've finished filming the high speed getaway, so I go back to my igloo and breath slowly. I'm famous, I'm going to be in another movie, and I'm going to get an award!
To read part six, click here!
Posted by Echo006 at Saturday, February 23, 2013