January 2009 - The month in Club Penguin where I couldn't remember anything. I didn't go on Club Penguin that month, for some strange reason - and I don't know why! All I can say is that I missed the Taco pin and some epic rare items from the fiesta. But I wouldn't of worn them anyway :) Not the best January I had - but after the next few years, all the January's were the best months I'd ever had! Read on to find out why... 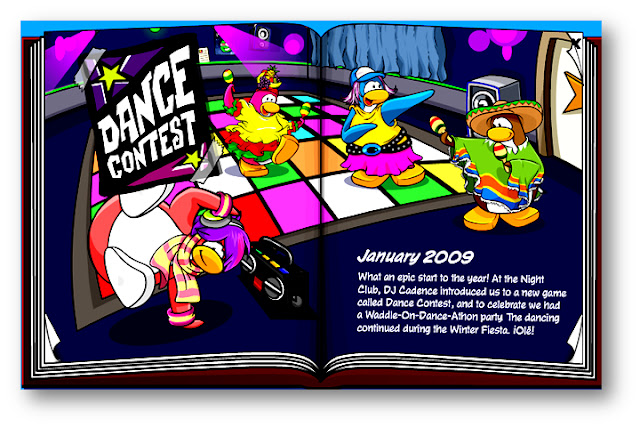 February 2009 - Amazing! My first ever puffle party. I can remember that by now, I must of had lots and lots of puffles. But I'd also have lots and lots of postcards - from my puffles. They said that they had run away, and I was ok with that but not when my favourite puffle who had never ran away, ran away! But I got a new one and called him the exact same name "Special" because he was my first - the red colour. The puffle party was good, but not the best party. I got my own white puffle - I loved walking in each room filled with other puffles - it was like they had ruled the island, which they did in 2012, but that's another story!
March 2009 - Best month so far. The penguin play awards at the stage was epic. I loved voting. To be honest, I voted for the Golden Puffle (which won). The other reason it was so amazing, was meeting Aunt Arctic. I had no idea that she was the director. A very very generous penguin was standing at the stage, next to the backstage door shouting Aunt Arctic was in there. I didn't believe it, as you don't believe people who say that, but I walked in anyway. And she was there! Only members could go backstage, but I was one and there was barely any crowd which was so amazing - but back then, mascots weren't very popular. The other thing was that the EPF DS Game was released! I got that too, and completed all the levels. It was really hard for me, and one time I got stuck for like a week when all I had to do was click on something. The whole EPF thing was new to me, but I didn't get a chance to use the code and actually go into the the EPF Command Room on the actual club penguin game. That upset me! 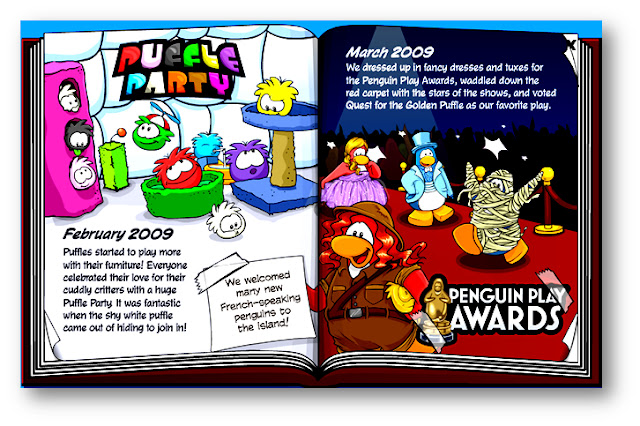 April 2009 - Best April Fools party ever. I'll tell you why: There was also an easter egg hunt which was awesome. Plus, the boxes. Boxes had never been part of April Fool's day. But they were now. Throwing splat snowballs to create a picture, and even getting boxes for my igloo. I didn't actually have enough money back then. But I can remember at the very end of the party - I was in someones igloo and I clicked on the box with the swirly purple thing on it. I found myself in the Box Dimension - and I immediatly went to the Snow Forts and got my own. They're quite rare now, only arriving on a few occasions - you should be lucky if you have one! 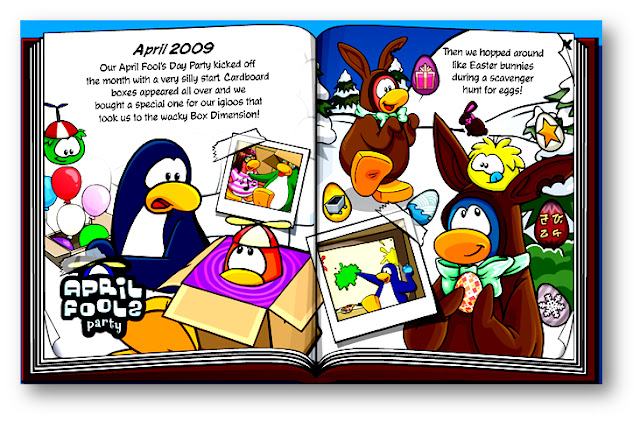