October 2009 - Not my favourite month of the year, but still. The Halloween Party wasn't the best, but the slime was epic! I loved dressing up as a ghost, but Club Penguin was still progressing - parties weren't as good as now. The anniversary party was my second one, and it was awesome but nothing could of beaten the feeling on the 3rd Anniversary party! That was epic, especially the cake shaped gift shop!
November 2009 - Fire ninjas! That was amazing - getting the amulet. But it took me AGES to get the actual fire ninja suit. Yeah sure, I did go and buy a box of Card-Jitsu cards and used my golden card which gave me an extra item, but it was still hard. 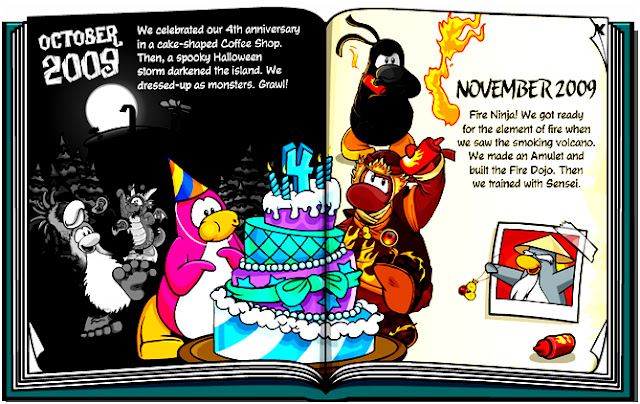 December 2009 - Riding on Santa's Sleigh was awesome! As I entered the Dance Lounge, I was amazed by the workshop there. Then, lifting off into the air and delivering presents. AWESOME! Plus, I got tons of gifts for Christmas - club penguin ones, so then I was rich with coins. Best christmas ever! 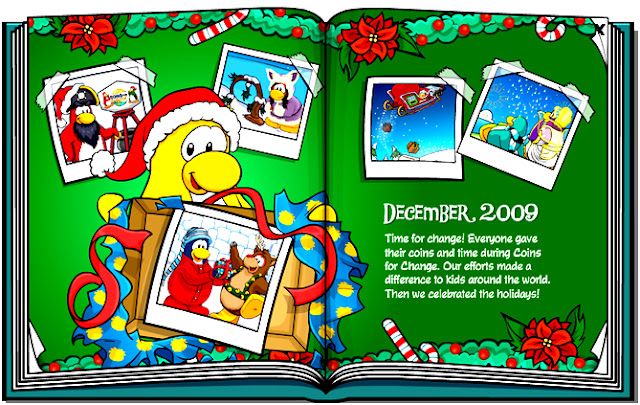