June 2010 - EPF. I can remember receiving the postcard and running straight to the phoning facility. When I got there, wow. Field-Ops were soon to be built. It was such great fun - but not near as good as the PSA. In fact, the PSA was a million times better. The EPF never really had any fun missions like that - I really wanted the missions to come back - they did, later. The adventure party was also fun. Just alot different from the year before - it wasn't my kind of party that year.﻿ 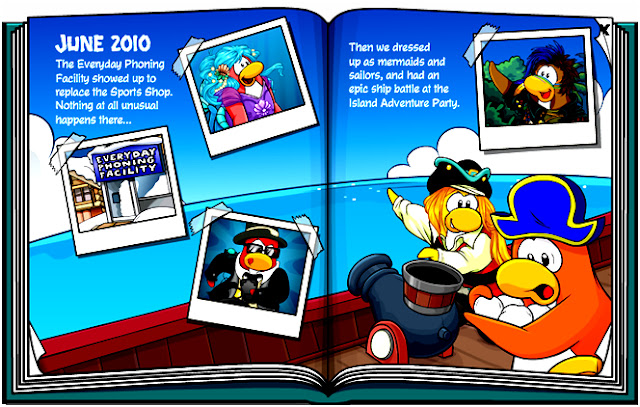 July 2010 - Music Jam blew me away. Along with stamps, it was the best month (apart from January) yet in the year 2010! I eagerly tried to get all the stamps, but I was terrible at it. I had no famous penguins stamps, yet. Or anything! I can remember the sneak peeks on the What's New blog. The first one was the stealing crab from Aqua Grabber stamp. I thought it was Kluzty and something to do with Herbert coming back. But no, it was much more than that! I loved dancing in the Conga Line, although nobody danced with me, of course.
August 2010 - The Mountain Expedition was pretty boring. But that was only because I only spent a day on it. Yes, it was a very short party actually and being away on holiday with no wi-fi was no good at all. But I borrowed a laptop, and then spent an hour doing the expedition. Nothing really happened that month. Just a great summer holiday! 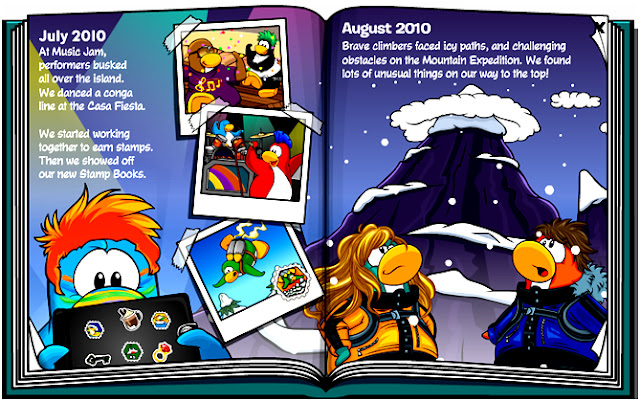 September 2010 - The fair, again. By now, it was getting a bit boring. And it would be, if the prizes weren't different. Just playing the same old games, trying to find Rockhopper. But the Puffle Circus was the best bit. I loved watching them all - back then there was no Brown Puffle, yet but that's another story. 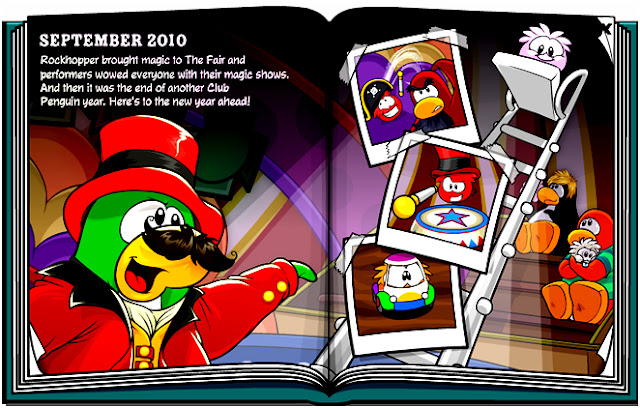 And that truly is the end of my penguin's history. I hoped you enjoyed reading about my experiences in my first early years of Club Penguin. Thanks for reading!
Posted by Echo006 at Saturday, February 09, 2013