May 2009 - My second Medieval party! Instead of just having medival buildings, Club Penguin added a quest! It was awesome trying to complete it, it took my forever to get through the maze as I had no idea what the symbols actually meant. I didn't have any guides back then, all I played on was Club Penguin! My typing skills were improving back then - I had learnt where most of the letters were by then. 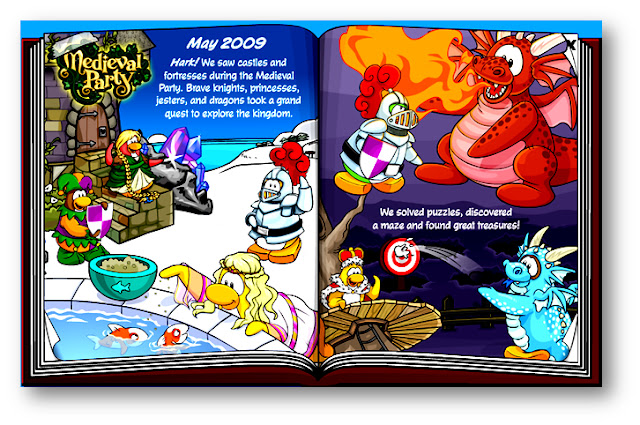 June 2009 - The adventure party! It was amazing, watching and waiting for Rockhopper to arrive! I grabbed all of his flowerplants and currently I am always watching them grow! The whole island was filled with plants - amazing!
July 2009 - My second Music Jam rocked, especially with the Penguin Band! I desperatly wanted to meet them, but I never actually did. I saw them at the Iceberg, but they weren't the real mascots. I can remember meeting Cadence on the server sleet at 8:00PM! I was meant to be asleep, but I was amazed when I was saying goodbye to my friends and suddenly she was there. I got her background, and there were tons of crowds. I loved meeting her!﻿ 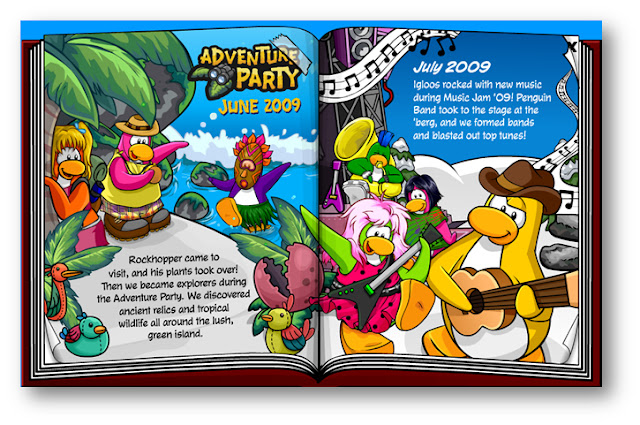 August 2009 - Hoping for another water party, we ended up having a flying party! This was truly facinating, as I'd never seen Club Penguin go up in the air - in fact, nobody had! I loved the balloon ride and chatting to everyone as we flew to the Tallest Mountain. I found a jetpack - one of the best items that year and used the special dance tons. 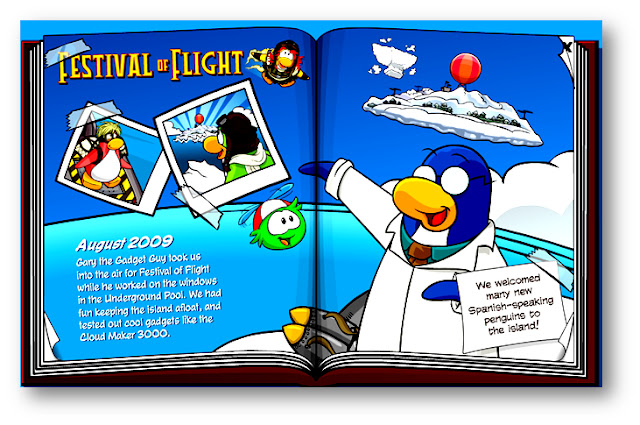 September 2009 - The fair, again, was fabulous! I loved the prizes and the games once again. However, this month was one of the coolest. Club Penguin had added fire to the sky and it looked awesome! I can remember that it went on for about 2 weeks and by the end of it I was desperate for normal Club Penguin to come back. But I had no idea that fire ninjas were just around the corner. Nobody had any idea, until they began constructing something in the Ninja Hideout! 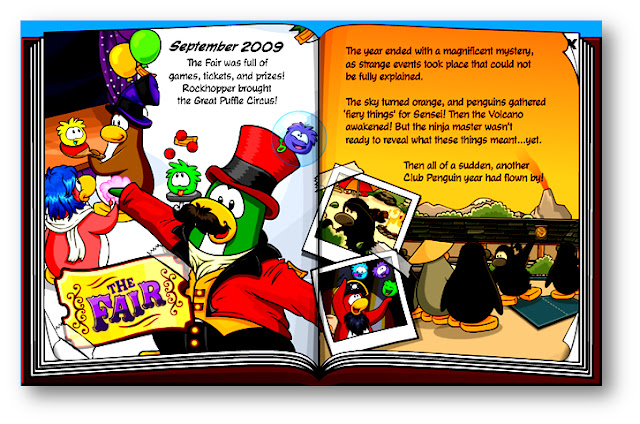