Just to let you know... The Hollywood Party starts on February 14th and will end on the 26th! Love will be in the air on the first day :) But as the days move on, aliens and action could explode. Plus, Sensei, Gary and the Director Aunt Arctic will be at the party as well as Cadence! So, that's four mascots to meet at one party, just like at the Penguin Play awards! Now, each stage is for members only. However, when Spike Hike and Polo Field showed us the stage pictures, two of them were locked. This is because they open on different dates. The high school stage open now will be open on the 14th. 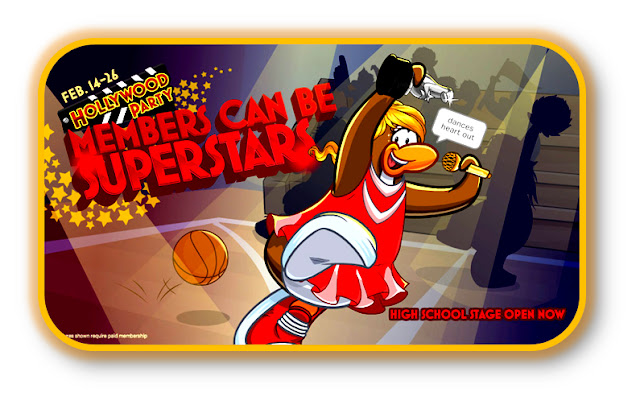 ...Then, to contain our excitement, the action stage will open on February 16th. I wonder what might be inside this stage... 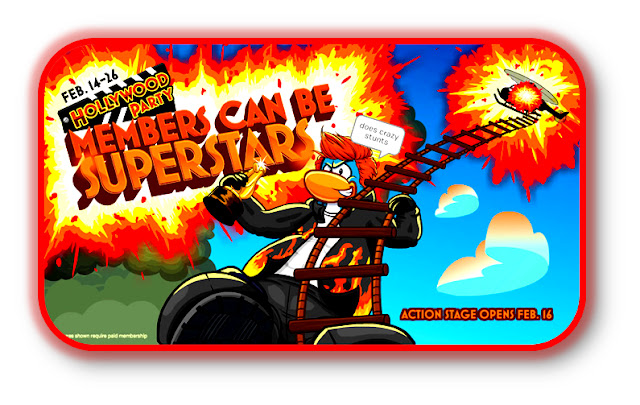 ...And last, but certainly not least, the Sci-Fi stage opens on February 17th! 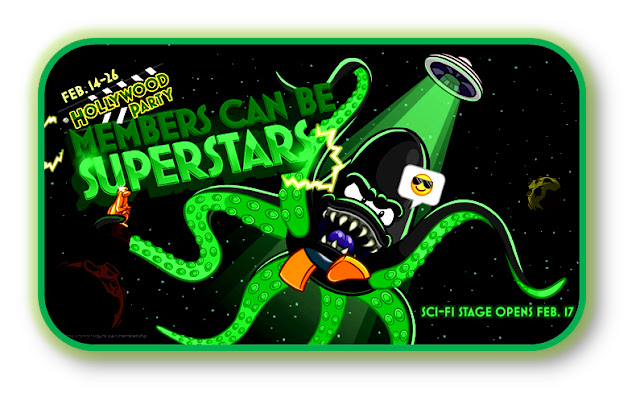 Three new emotes should be added as usual. Now Club Penguin have got into the routine of things, when we transform  become superstars, could we get free items? We certainly know that we'll get an igloo!
Posted by Echo006 at Thursday, January 31, 2013