October 2008 - My first Halloween party, my first anniversary party! I received a postcard from Club Penguin, telling me to come and visit the Town. When I got there, I was amazed! They'd decorated the whole town and the Coffee Shop. I can remember going into the Coffee Shop and finding the hat. I proudly put it on! The halloween party was also great - although there was nothing special apart from the Monster Maker, it was good fun :) 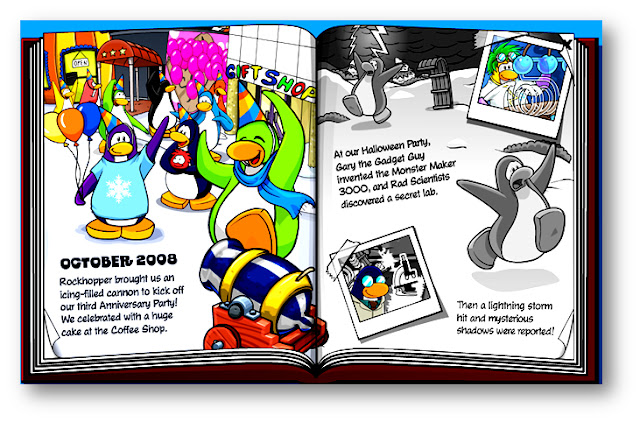 November 2008 - The first time ninjas were real. What an amazement! I can remember digging all the snow with my own snow shovel. Me and my sister saw the Sensei dig too. However, when you clicked on him it showed him in a brown coat looking down and his name was known as ?????? Card-Jitsu was amazing! Although I didn't master it straight away, I loved trying to become a ninja. 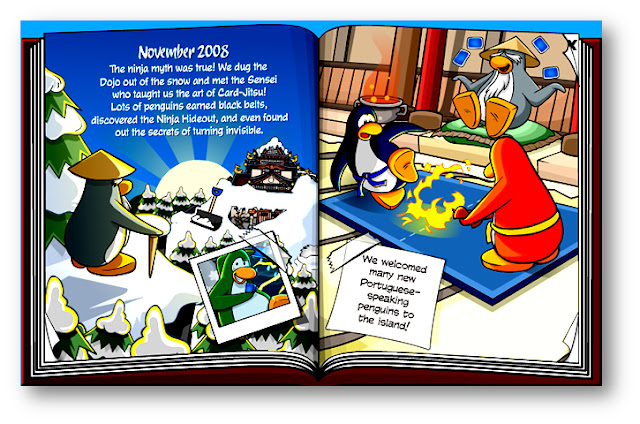 December 2008 - Donating coins for change. I didn't really have any coins at the time, but I still donated a few. There were no stamps to get for donating, so it didn't really bother me. I actually thought that the money we donated turned into real money, but no. It wasn't as simple as that! I can remember going down into Rockhopper's bedroom for the first time. That was amazing too :) 2008 was the best year of Club Penguin that I ever had. Even though it was very basic, it was still awesome! 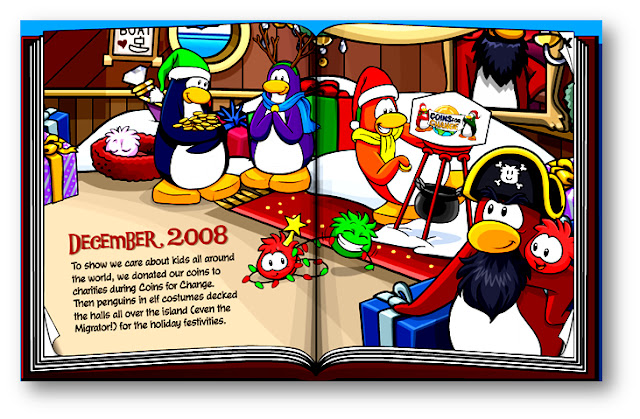