I forgot to mention this, but Team Red VS Team Blue is back at the Stage just in time for the olympics! I love this play! But I would like a new one ~ and the play awards! We could have a new one, like Norman Swarm with a secret room that you have to WORK TOGETHER to get the pin. In this play, you have to be cunning, you have to have strength, you have to have courage. But those things don't exist in the virtual world. You just throw the ball and it hits someone. I don't really like dodgeball, but this is a great performance. Shame that there isn't a switchbox. Now new penguins can't get an extra stamp! Plus, the catalog isn't too good either. There's only 5 costumes inside. Only one blue player, the mascot, and two red players. I guess that the reds win in the end? Especially as the dodgeballs are red! 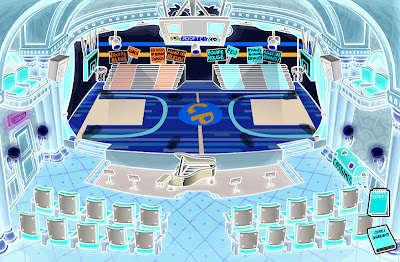 Basic costume trunk cover. Two puffles, that are blocked by a board thing in this play. 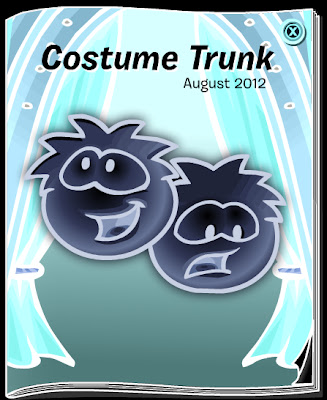 Now Playing | Nothing? Here's the migrator outfit. It looks pretty funny to me! 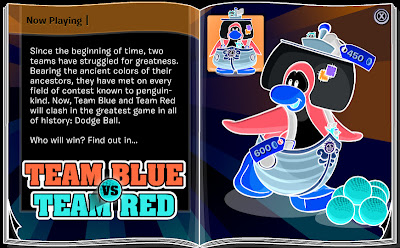 Hmm, moosy needs to be careful. He's exposing that he is really a penguin. Look underneath his jacket! 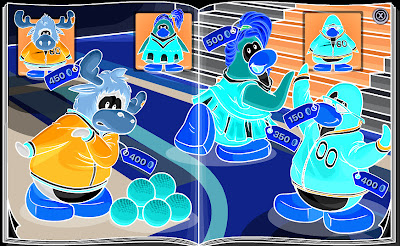 A referee in dodgeball? I didn't know that you had one of those. Well, I'm not a sports genius. 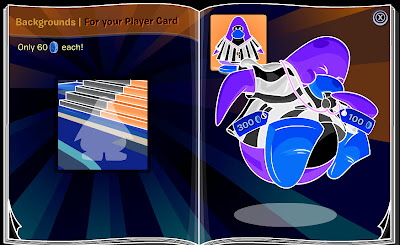