The pictures below are not edited. This is not a true story, it was made up by me as I wanted to write something new and origanal like a mystery! It's meant to be funny, don't take it seriously :) Echo006 presents the funny picture of the week. Below is Disney175, however she seems to have  Aunt Arctic's name! Is this to get more friends? ﻿Where is the real Aunt Arctic? Is it just her? 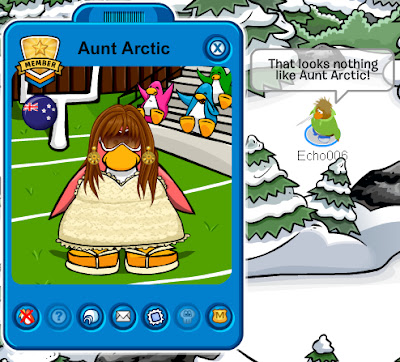 And here's proof ~ she's stolen Aunt Arctic's hat and left it on her coat hanger! So, where is the REAL Aunt Arctic, without her hat? Police report that Disney175 should be captured ~ but since the Marvel Party finished, there is no prison for her to go to. The fake Aunt Arctic has hidden the real one very well. We're out to get you, Disney175! 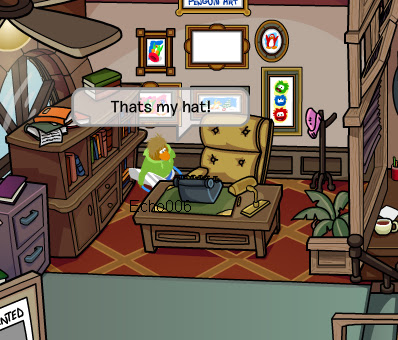 Watch out :) If you see this fake Aunt Arctic, be sure to report back! UPDATE: Penguins say that they have seen more Aunt Arctic theives! There is one called Penguiin23, who looks like this... 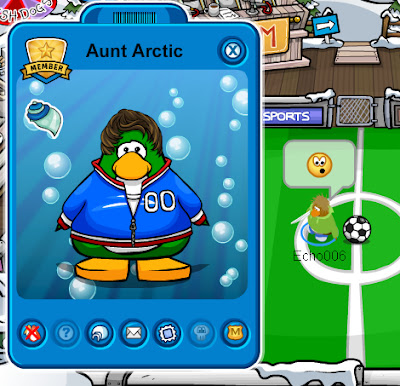 And more! Look at this ghost penguin, who has stolen Aunt Arctic's name! Could this be the same penguin changing outfits? How many penguins have captured AA? These seem to be clones. Avoid them, and help solve the mystery! 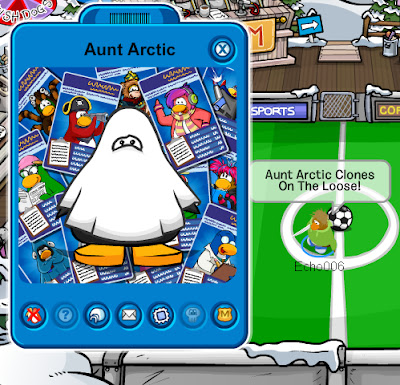