I love the adventure party. But the only problem is, I don't have much to wear. So that's why penguins invented the Penguin Style Catalog. Here's a few facts: I was one of the first penguins to discover the Blue Crab at the Cove. I was just exploring, when it popped up! I told Saraapril, and she made a post about it. Then it spread around the world and everybody knew. I loved the crabs, they were awesome! So I made a big picture of my adventure! But the question is, will this party be the same? Finally, I hope Rockhopper will be there! He should be, as he's hosting the Fruit Party. But when will he arrive? 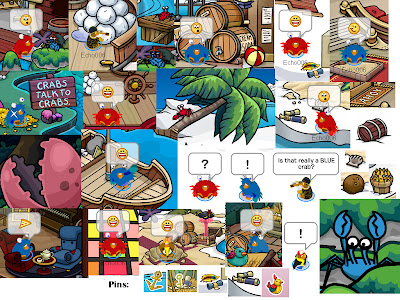 Anyway, back to the topic of Penguin Style. The front cover looks a bit normal. I think it needs something extra. It's just a background of the Cove and a penguin in the catalog. But I guess that's what you'd think would be on a front cover... 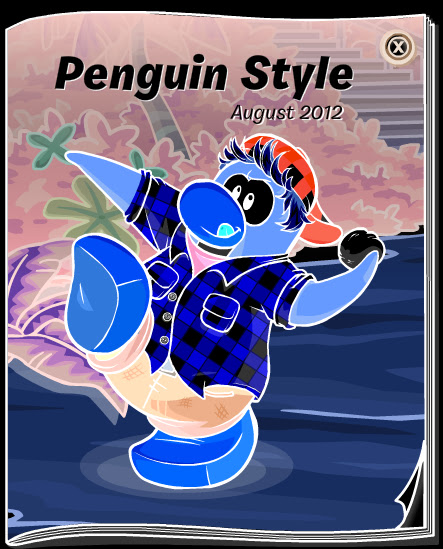 ...Backgrounds aren't so good. Club Penguin always adds two new ones and two old ones. I ALWAYS have the old backgrounds, so I only get two a month = 120 coins. But these look nice, I guess. Especially the animated ones. But there's only one, right? 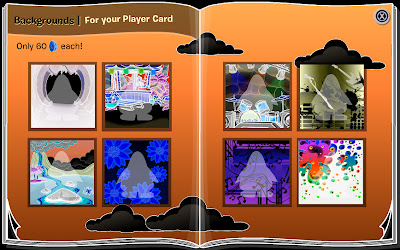 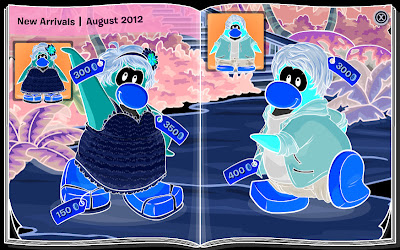 And here's those rollerblades, they're not too fashionable. They were around quite long ago, and so was that shirt. It was from last year, it goes well with the hair. 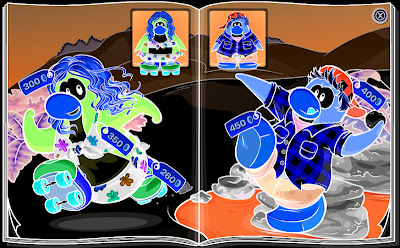 The new Penguins at Work is not for me! I like the OLD ice cream. It tastes much better, and the outfit is way rarer. The new items have pictures on them, like that. Only 150 coins for as many ice creams as you want. Well, I got my one free at a party! 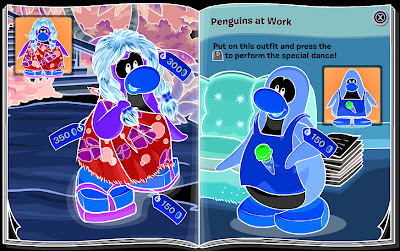 ...I'm not too impressed with the new catalogs. How about you? I'd like something a little different. Like a rare item, but just in a different colour, with more special dances and more free items.
Posted by Echo006 at Thursday, August 02, 2012