Yestarday, I stayed up late, to come to Woddylan's Backstage Party. I arrived 45 minutes early, and was the first one waiting at the Cove. When the party finally kicked off at 1:00 PST, we started by telling stories around the campfire! The pictures have been taken by Woddylan! 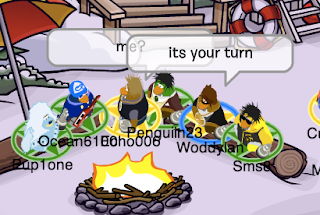 ...Then, we all gathered on the rock in the Cove. 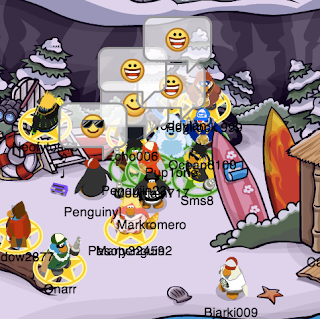 ...Woddylan thanked us for coming, and we all warmed up by the campfire again. 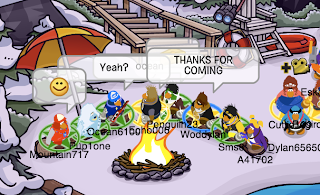 ...Everybody danced and smiled! So far, lots of penguins had turned up! 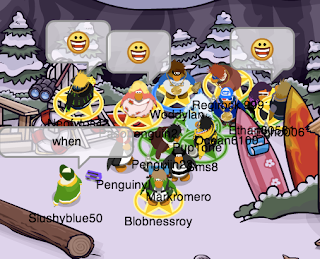 ..Then we moved to the Awards Show and watched everybody get an award! 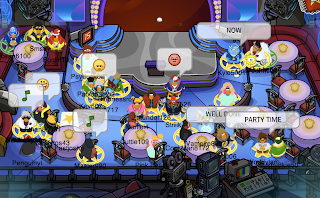 ...Interview time at the Plaza, by the red carpet! This is the best party ever... 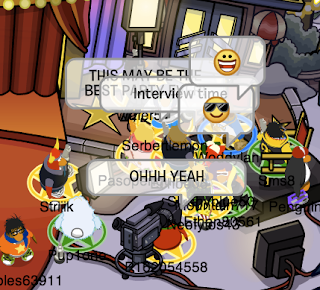 GO WODDYLAN! Mario turned up too! Check out all the penguins in their stylish outfits with their bling bling necklaces! Woddylan and Ocean got theirs, too! 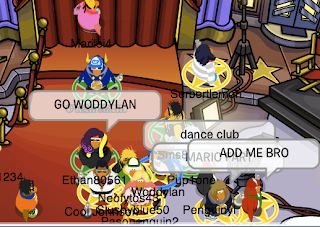 ...Next we moved into the Pizza Parlor. I had a glitch, in which one penguin in the whole room is up in the top left hand corner by the newspaper and stays there. My friend, Penguiin23, noticed that too when we were in my igloo! Therefore, I had to pull the chat bar down to see what he was saying... 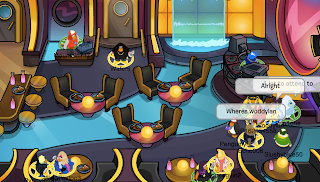 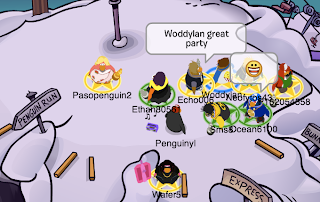 ..On the second round, I was with Woddylan racing down Ridge Run! It was really hard to race with 4 penguins, especially when me and Woddylan were both brown. 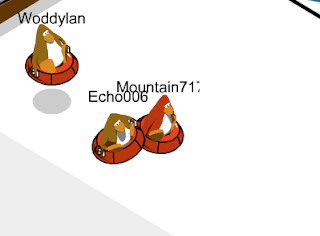 ...Here we are again at the Pizza Parlor! I still couldn't see Woddylan, and Mountain was asking for everybody to pay up. We eventually all waddled over to him and gave him the money icon. 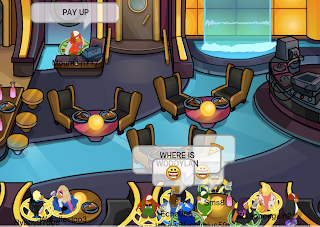 ...Then we went over to Woddylan's igloo! We all liked it, too! 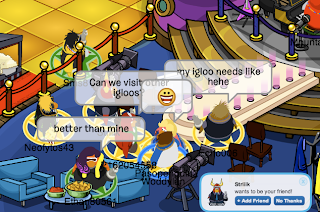 ...We also did the conga line over at the mountain. Then we made a choo-choo-train!

...Last, but not least, after we had visited Woddylan's igloo everybody came over to my igloo and liked it too! Then, sadly, the party had to end!

Thanks Woddylan for the great party, and the fun with friends :D
Posted by Echo006 at Sunday, February 24, 2013