Spike Hike at the Awards Show!

YES! I met Spike Hike at the Awards Show today, because he needed to get the gold award :D He was on server Fog for a few minutes, just watching the awards. I noticed him first and then thought it was just in my head. I looked closer, and saw that it was actually him in his costume! The pictures aren't the best, but that's because I'm on my laptop and when I get on the computer, I will save these pictures forever, and crop them too! 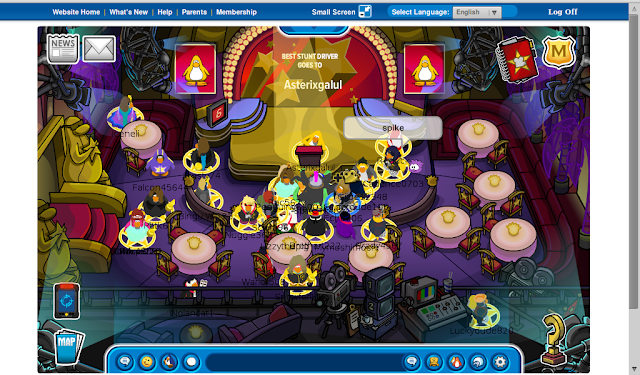 I don't think Spike Hike got the silver award, but as you can see, there is a bug where your penguin on the screens will have the item it was holding before when it receives the gold award! 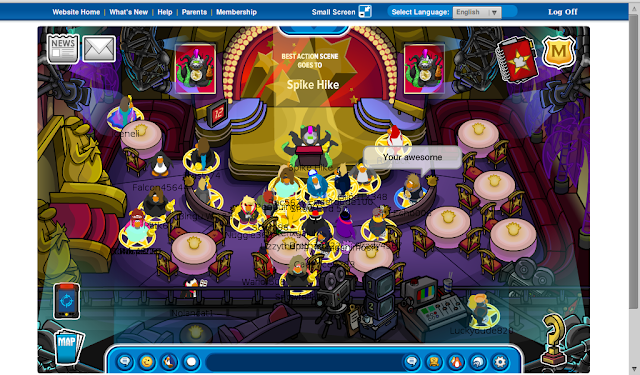 Now I've met two of the three proper CP people who I think are the best: Businesmoose and Spike Hike! The other one is Polo Field, who I still haven't managed to meet yet, but he is my friend on Club Penguin :D Thanks Spike Hike for coming on, even though it wasn't for long!