The Secrets of The Wilderness ~ Finding The Puffle

The team woke up very early in the morning. The sun hadn't risen and we could hear faint sounds in the distance. We decided to go check it out. Our job was to search for any signs of wildlife or any other peculiar things. Aunt Arctic never mentioned what things, but she knew something was wrong. She wouldn't of just sent out a bunch of famous penguins for nothing. She knew something that we didn't! But that didn't matter. After a few minutes of searching and climbing up to the highest mountains, we came to an open space and quickly tried to hide because of what we had seen. In the corner, with some old catalogues, we found some puffles. Not just any old puffles, but a group of rainbow puffles! They were mysteriously colourful and they were all happily dancing. Nobody spoke. If we did, then they might run away and we'd loose them. I stared at them intensely, and stood next to Polo Field. He was just as shocked as I was. Suddenly, they sensed something was wrong, and they all ran away, without a trace. No photographs or anything to prove their existence  Suddenly, a yellow long haired puffle came over to us. We were hiding in the bushes and behind the rocks behind, and the puffle looked puzzled, as if sensing something was wrong, but he couldn't understand what... 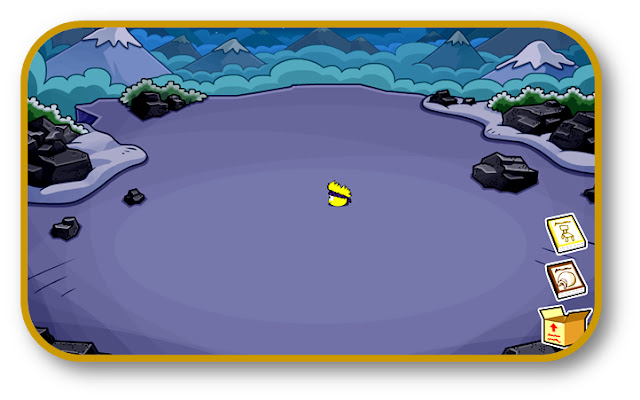 ...Brownie was the first to move. He jumped up and grabbed the puffle and picked it up, feeling how heavy it was. Airplane asked what he was doing, but Brownie didn't reply. Eventually he said,
"This puffle has strange DNA samples. It isn't just an ordinary yellow long haired puffle, it has something peculiar about it."
"What would that be?" Perapin asked, staring at the strange puffle.
"It appears to me that it isn't a regular puffle. It's a puffle that has been made through a machine. In fact, if we just took off this long fur, it appears to be a wig! Underneath this," he said, cutting away some of the fur with his scissors, "is a mechanical robot!" Bubsey looked at Brownie in disbelief.
"You've really just gone and found a strange puffle and it turns out to be a robot?" exclaimed Bubsey.
"There wouldn't just be a robot puffle in the wilderness. It must be spying on us." said Polo Field.
"I agree, we have to get rid of it", Pizzapuffy said, "It could be listening to everything that we've been saying. We'll take it back to the base and find out what's really inside, and if it's communicating to something else."
Brownie held the robot tightly and we all walked back to our base, in a nearby cave. But what I couldn't understand most was that there really were rainbow puffles on the island! And who would be spying on us?
Posted by Echo006 at Sunday, March 10, 2013