On the server Sleet (rare penguin alert!) I met Pingu Pingey again today, and we played two rounds of Card-Jitsu Fire (which I won, again alert) and then he had to leave! Meanwhile, over on the server Fog, Businesmoose was having "Moose Monday". Before I left, I managed to find a penguin (and report them) who had a magical puffle. By that, I mean he could change it into another colour, without being in his igloo. Then, he showed us server jumping. I don't know how he did this, but it was pretty cool anyway, even though it is actually cheating! 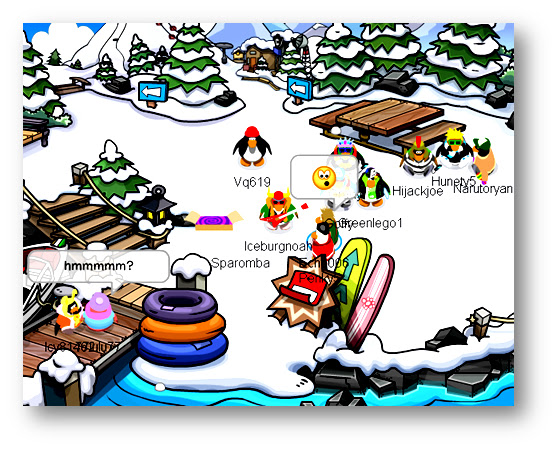 ...It was pretty strange, but I'm now really eager for server jumping to come out! Maybe Club Penguin should beta test that too?
Posted by Echo006 at Monday, March 18, 2013