Helpful Tip: If you can't see an image on my blog clearly, then just click on it to see the bigger version ~ but no copying without my permission ;) Yes! Gary's Uncle has finally left the island (or is he hidden in the mountains?) but anyway, now we need to report to Gary to find out our orders! Those ghosts caused security breaches everywhere. Uh oh! We actually have no defences right now ~ I guess Gary was so distracted by his uncle he forgot about the EPF. Now we have to scan the mainframe to check if anything is wrong. Hmm, I hope Herbert has nothing to do with this ~ but he will do as this is the lead up to Operation Blackout. 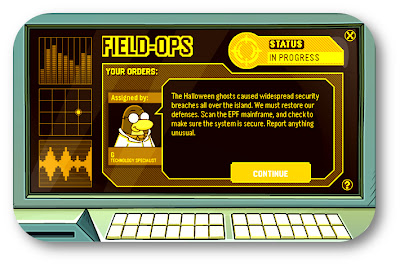 ...In case you don't know where the mainframe is, waddled over to the peice of equipment by System Defender. There have been other Field-Ops by the mainframe before :) 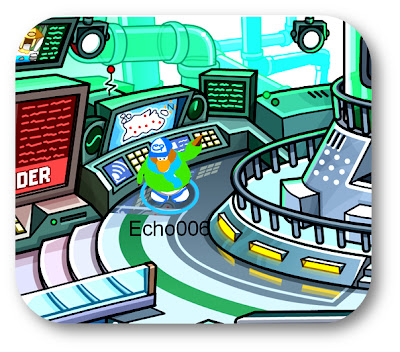 ...Now you've found the location, you have to bypass the system by using your left and right keys to match data! It's simple, but the system will speed up quickly. 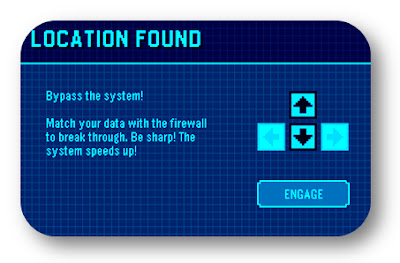 To complete this field-op, simply match the two pictures together using the arrow keys. To make it easier, when you have matched one pair, go back to the middle so it takes you less time to get from one side to another side. The system is very fast ;) 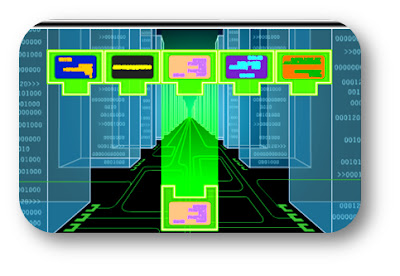 And once you've done that, we find some horrific news. Someone (or polar bear) has accesed our top secret files during the halloween party. I told you ~ we can't trust Gary, the Director should give us our orders from now on ;) Herbert was looking at Gary's inventions maybe for the Time Trekker or his light ray as stated in an earlier issue of the newspaper ~ Herbert asked Gary how to block the sun! 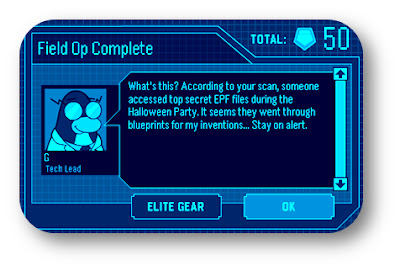