The Beginning Of Operation Blackout

...Now we have the first sneak peek of the brand new mission: Operation Blackout! This is how the mission will began ~ Gary's glasses are on the floor, he's just invented the Time Trekker. Next Herbert grabs Dot ~ two of our agents are gone. We get into the Time Trekker, hoping we can fix whatever Herbert has done (make the island dark) and we end up wearing these costumes that we voted for and we end up in a jungle. Then, we reverse whatever happened and then head back to the present day which is totally reconstructed because the old Club Penguin got destroyed. That's something how it is going to go ~ so take pictures of all the old rooms before they are destroyed and redecorated ;) 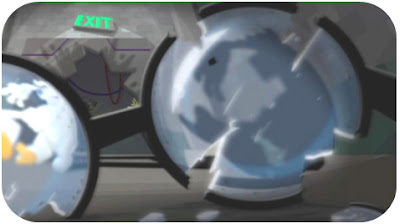 I have no clue where Gary actually is ~ but if it was the PSA I'd guess he was in the Gadget Room, however thats gone now. Can you see Herbert grabbing Gary (Herbert sneaks up on him and then we're called for help!) This is going to be awesome!
Posted by Echo006 at Monday, October 29, 2012