The Snowy Day Part 2 - My Stories and Adventures

It is time for Part 2 of My Stories and Adventures. The Snowy Day

I had to find some puffle-os but there was none to be seen! Snowy started bouncing up and down. He told me to follow him with Cool Dude. Suddenly, it started to snow very heavily.

We had found O-berries but Snowy was lost. He had blended in so much with the snow, and so were all the other puffles. I rushed up the mountain to get a better view of Club Penguin. 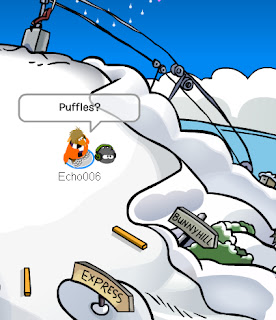 I couldn't see anything as the snow was so thick and the puffles would barely be able to see. I started to cry 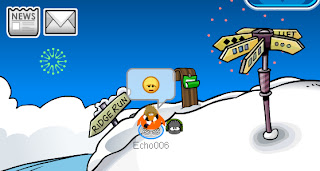 Cool Dude started to bounce up and down, he tried to grab my EPF Phone. What a great idea! We could teleport around the island making it much easier to travel beneath the thick snow! 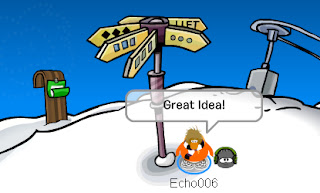 I teleported to the Forest, and took a look around. Nothing appeared to be here. Then I saw a red hair poke up from under the snow. Then another, and another until finally two eyes popped up. I tried to get closer to the creature. It was my red puffle! 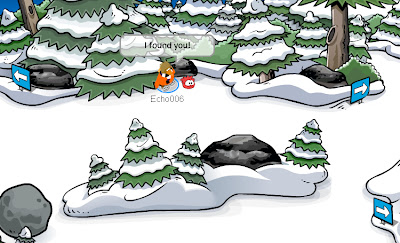 My red puffle started bouncing up and down. He rushed to a giant boulder in the corner of the forest. He tried to push it down. I gave him a little bit of help and we climbed down the ladder as snow started to fall through. I looked around in amazement staring at the gleaming gold. Then I saw the gigantic door open to uncover thousands of gushing water heading towards us. 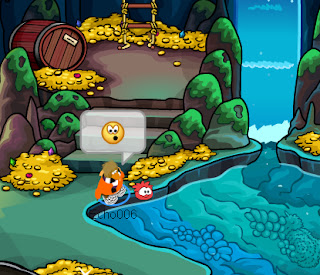 We had no choice but to run as far away as possible from the water as it started to wash up. We rushed up the steps leading to the Mine Cave. I had a bad feeling that my other puffles could be drowning as my red puffle guided me here. 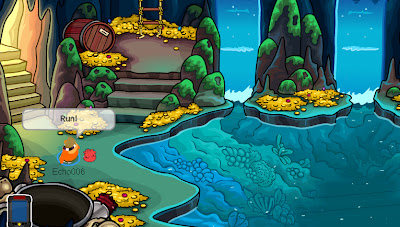 The lights in the Cave Mine began to fade and I could see the water rushing behind us. We were just seconds away from drowning, so I picked up my puffle and ran for my life, not knowing where I was going. 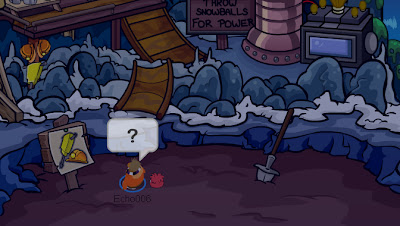 It was very dark, I had no idea how I was going to get up as the snow was really heavy above me. We had managed to get to the Mine but I didn't know which path to take, the Underground Pool or Cart Surfer? 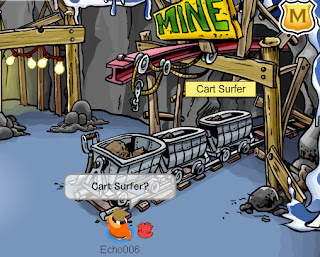 ﻿I decided it was best to choose Cart Surfer yet the water started to rush down the track. Red puffles aren't very good at Cart Surfer but they can surf, just not in carts.

The water caught up with us and we were terrible Cart Surfers. I thought we were doomed, but fortunately my intelligant friend brought his surfboard. Time for some surfing in the mines! 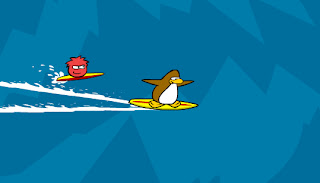 We reached the end of the Mine and when we got out there was tons of snow! Snow had filled the whole island of Club Penguin. You could barely see anything! 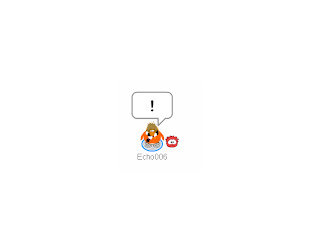 See what I mean? I couldn't see anything at all just snow. The water had reached the end of the mines but remember Snow beats Water! I thought about my long lost puffles and thought that I might never see them again. But I was wrong, at that moment puffles flew out of the Mines and spread out everywhere! 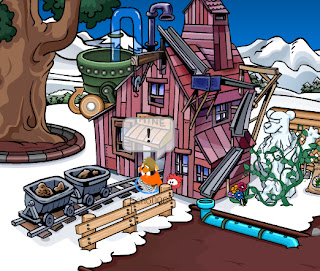 All my puffles were back! I couldn't believe my eyes. I asked them where they went but all that they did was bounce up and down. I was so happy and I knew we didn't have an igloo, so I decided to get a new one. 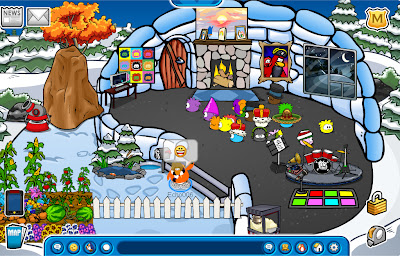 My puffles happily lived in our new igloo and the snow began to calm down. I had so much coins that I decided to spend some on my puffles for some new hats! Don't they look fabulous? Time for a Tour Guide of my igloo, In the corner, I had lots of fruits and vegtables growing. 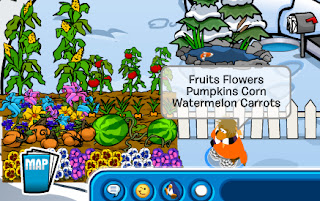 I decided to keep the mountain and the cannon at the end of the Garden for memories. Even a tree started growing out of the top! Brilliant! 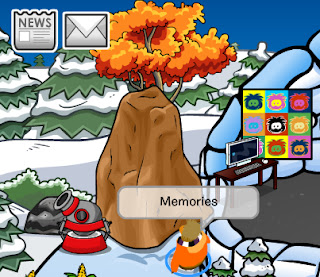 Inside the igloo, I have added a personal band and some popcorn! Yummy! Theres enough popcorn for all the puffles to have a peice too! 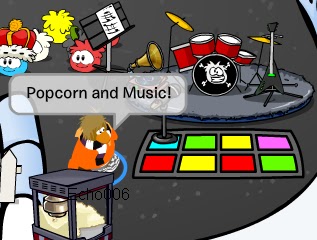 Now time to work on my latest Stories and Adventures.... 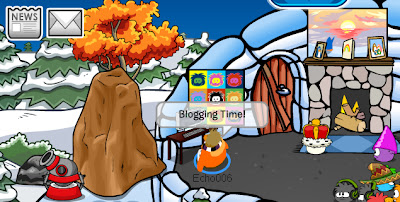 I decided to climb up the mountains again to say a big thank you to Sensei for helping me to discover my lost puffles. When me and PJ got there, it was silent. 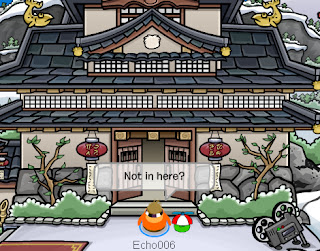 I searched everywhere, Sensei was nowhere to be found. I wonder where he went...﻿
Posted by Echo006 at Sunday, January 01, 2012