The Dark Night: The Octopus ~ Part 1

This is a short preview of my next story. It's only the introduction, mind since the rest will be made at the Halloween Party. Yup, so just enjoy now and read on... It's meant to be scary, but I don't think it will until later on in the story ;) There's many more parts to this story and each part will come over the next few weeks.
Do you remember that day? I bet you don't. Nobody knows except for me. The night he came was the night that everything changed ;) This is my story ~ it began in April 2008 :) The year China held the Olympics. It wasn't that long ago if you think about it, but most penguins weren't alive then. I created my penguin shortly after the April Fools Party finished. I think it might of been April the 3rd, don't ya think? Yeah, I missed the best April Fools Party in Club Penguin history. Anyway, there I was sitting down fishing with my rod when I notice something strange, ye see? So I look out at the shore and guess what I see? 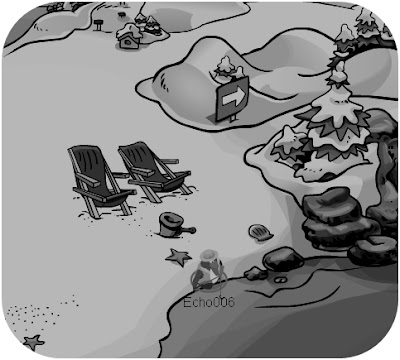 I goes up and gets my binoculors and look out as far as I can. It's a dark night, the stars are shining and there's clouds over the coast. I look down a bit then see a floatin' octopus with a wig on! My, I think, I must be seeing things! Wonder if there's any news about this floatin' thing. 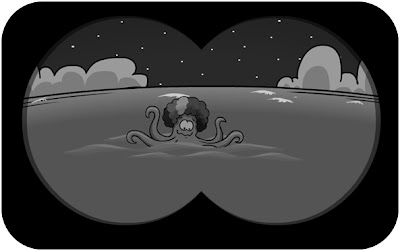 Its April 10, 2008 yes that's the date now that I think about it. Aunt Arctic's just been promoted to Head Writer! If only you know who she really was. Yes, but I don't see no octopus news so it must only be me eyes. I look back, but nothing. Nothing. The sea was blank ~ not an octopus to be seen. Yeah, I thought somebody was playing tricks on me. But no. It had to be me imagination. I'm always doing things like that. So I just think nothing of it until the next year, when the dreadful news arrives... 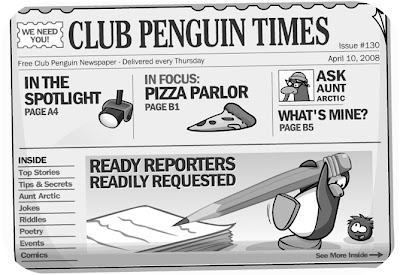