It's been a long time since I've done some Fact Files ~ so I've created a few more. This Fact File will take you on a tour to places not listed on the map, underground Club Penguin! Let's start at the Boiler Room. This room can be accesed from the cave or by the speaker in the Night Club. The room was first seen in Penguin Chat 3 (the old version of Club Penguin) 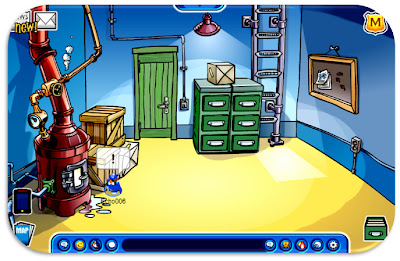 If you enter the green door, you will come to the cave also known as the pool. Through the windows you can see crabs and fish (I think this is the Underwater Room, but no windows are found there, but where else could it be?) To get to this room, you must either enter by the boiler room or the mine or the manhole in the Plaza. What I don't understand is, the boiler room is under the night club, then suddenly the cave is under the Plaza and the mine is well, the mine! If you look at these places on the map you'll see what I mean.﻿ 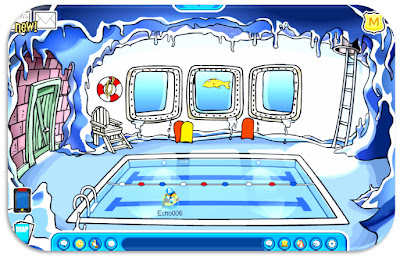 In the Mine, you will find two games. Cart Surfer and Puffle Rescue. Puffle Rescue was opened when a tunnel was found by some explorers and puffles. This was where Yarr (Rockhopper's Puffle) got trapped. Soon, the tunnel was opened up for everyone to explore. That's pretty much all there is in the mine.﻿ 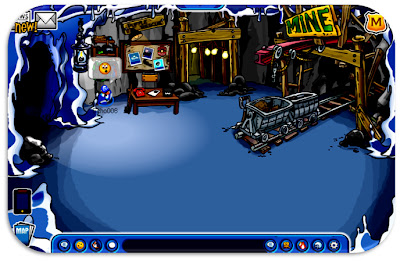 Now we come to a more interesting part in the underground caverns. The three other rooms were opened to all penguins on May 29th 2006. This part of the underground was opened January 22nd 2010. Back then, you had to dig for gems to get into the Hidden Lake. Now, using the Jackhammer which can be found in the corner you can dig for coins. The highest amount of coins to find is a bag which contains 100. You must throw snowballs into a machine for the lighting to work.﻿ 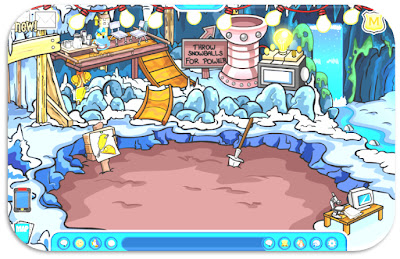 The next room contains a hidden lake. It was opened in January 22nd 2010 and then re-opened in March 15th 2010 where you didn't need the gem to get in as it was open to everyone. The ladder was made in the Adventure Party leading to the forest. To get into the next room, you have to be a member and know how to rescue black puffles ;)﻿ 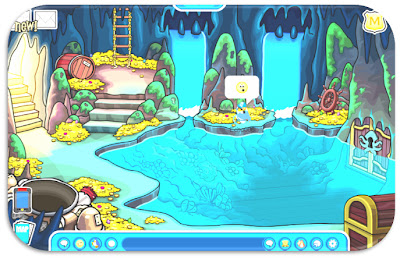 ...This room is the Underwater Room. It should be impossible to stay in here for more than five minutes but no, penguins can breathe water? I'm not too sure but this room is full of water. This room opened in the Cave Expedition where penguins could get a free background. Then, when the room re-opened only members could enter but they had to use the Moss Key to get in. To do this, you had to follow a shadow in Puffle Rescue. If you throw a snowball (which is impossible because there is no snow here) it will be a bubble (that sounds more like it).﻿ 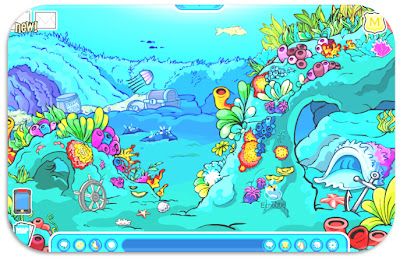 ﻿That is the end of the fact file underground. That's everything you need to know about these hidden rooms. I hope that there will one day be three MORE underground rooms ~ that would be awesome!
Posted by Echo006 at Sunday, September 16, 2012