Things have never been the same since they redesigned the entire coffee shop. Here is how it used to look:

The Book Room was also redesigned and turned into the Club Penguin Times Office. This is now one of the best rooms to find Aunt Arctic ~ as she is the head writer of the well-known newspaper.

This is how the office looks now. It is well decorated and the graphics have been updated. The bookcase was moved further up in the corner and the mancala tables have been moved further left so we don't trip over them.

The floor ground of the Coffee Shop has been given a fruity theme as the new game "Smoothie Smash" appeared. Bean Counters moved down the room to where the employees only door is placed. It was not visible in the old Coffee Shop but could be seen in the DS Game missions.

Now, I have looked around at a few of the details and this is what I have noticed... 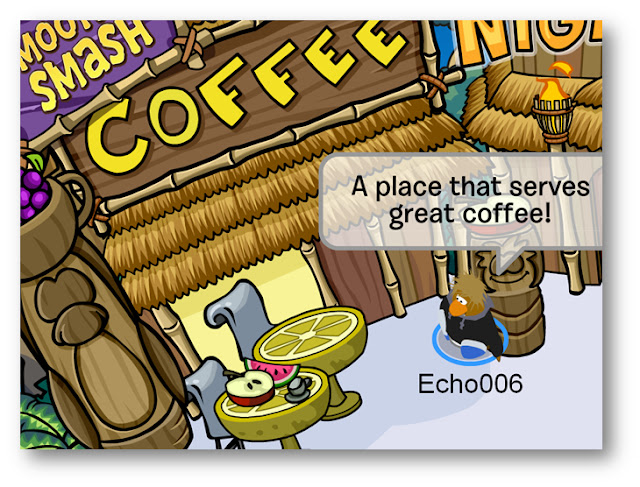 ...Bean Counters has been moved and a big arrow has been added to show people who can't find things easily (like me) ﻿ 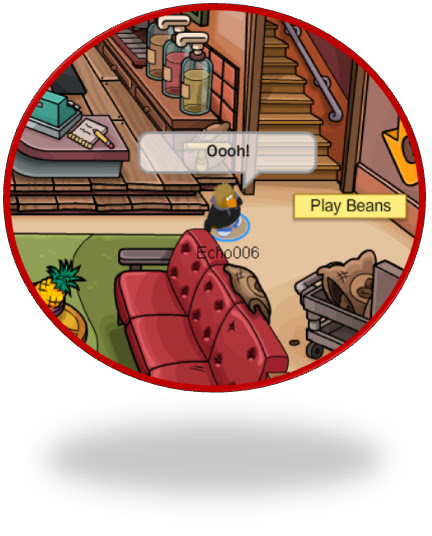 The Smoothie Smash game is in the left hand corner. This game has 16 stamps three of them which are very easy ~ to make a smoothie for three characters.﻿ 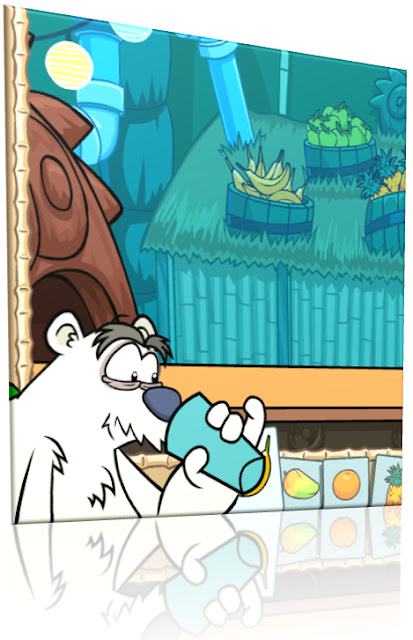 Those of you have been up in the Book Room at Christmas will remember the present station that the elves worked on. This machine is very similar. Will Club Penguin decorate this room for Christmas (because Aunt Arctic is very fussy) ﻿ 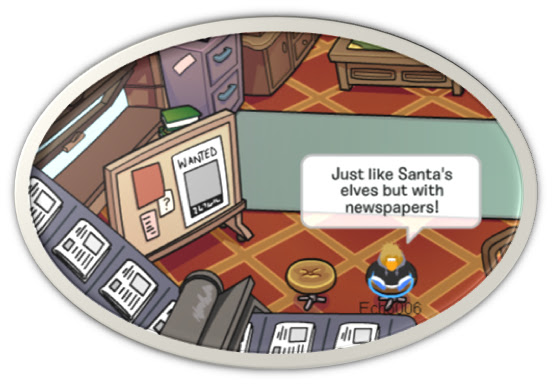 ﻿
The couches are much nicer and the door is more modern as is the window. There is a small light switch for detail and a table containing an apple, a newspaper, an empty cup of coffee and another empty cup with one of those umbrella things in it. Do you like the new coffee shop? 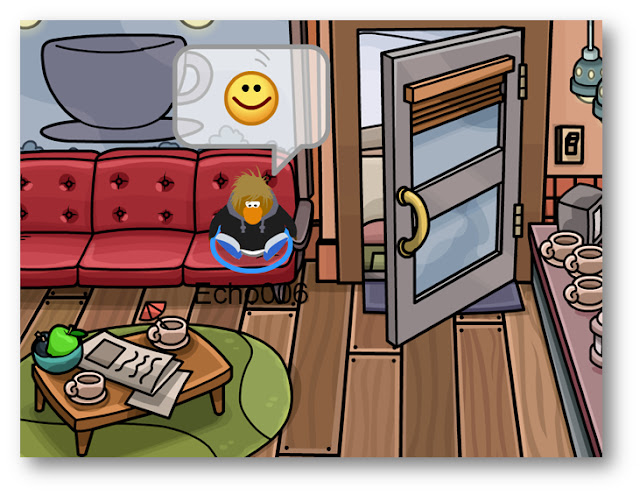