Did you know that I have been to every single Music Jam parties over the last 4 years? For proof, check out my V.I.P pass from 2008! But now, Club Penguin have decided to ruin Music Jam by adding two stars from Shake It Up! First, Club Penguin has a chaos war, and now a dance party with Rocky and CeCe? Ever since Disney joined Club Penguin, all they have done is advertise! This has gone too far... 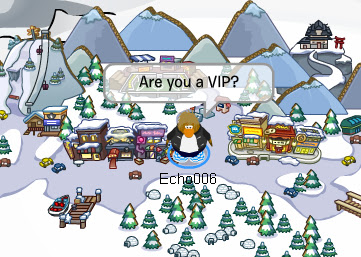 ...Take a look at my playercard. I've got loads of outfits from 2008. In fact, Music Jam is my FAVORITE party! It has been on every year in my Club Penguin history and the first Music Jam was when I got my membership. Since then, I have been paying for membership because Club Penguin is so fun :) 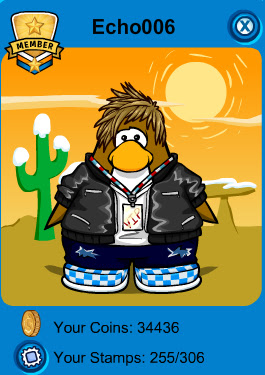 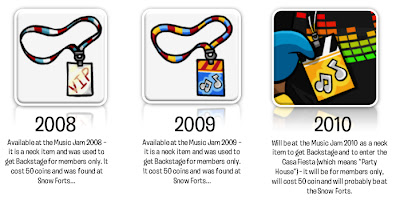 ...We could buy all sorts of items from the Music Jam shops. Look! 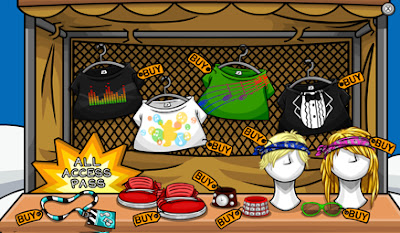 ...And with our Music Jam passes, we could access the Rooftop, Backstage and in 2010 the casa fiesta! 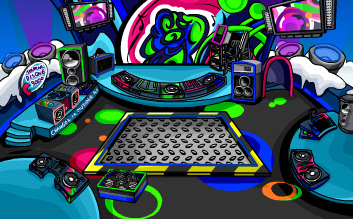 ...Look at this shop! It has everything you need, maracas, a funky wig, a lovely dress, sunglasses and a shirt. 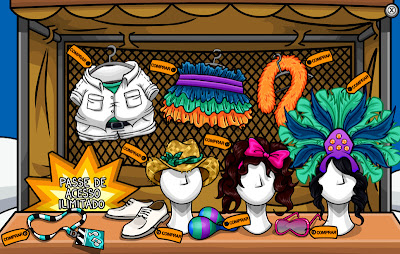 ...I have each of these shirts and I will wear them at the Ultimate Jam to remind me of the fun Music Jam! 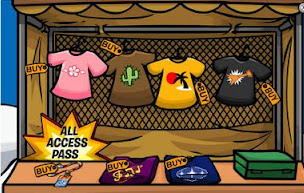 ...Disney Club Penguin have gone too far. The war was for boys, and this Shake It Up party is for girls! Why can we not have the fun old parties that we used to? Music Jam was for EVERYBODY! Nobody complained, penguins found the Penguin Band (who now have a brand new look which I think is horrible) and everybody danced! 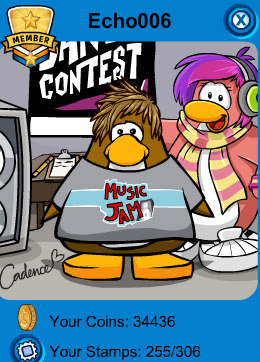