Club Penguin have added three new emotes to our emote bar. The big eye brows emote, the fire emote and the meat emote. However, on one of the Club Penguin login screens - they have the T-Rex dinosaur using a red angry emote. This emote is different to the normal angry emote, yet it isn't on Club Penguin, so why use it?

I was expecting the emote to be limited at the party, but obviously not. Do you think Club Penguin will add the emote later on, or even improve the emotes like the picture below? 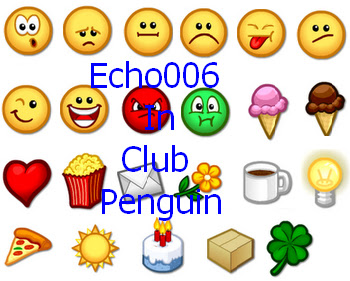 Can you see the difference between them? I hope Club Penguin adds the new emotes. Which do you like better? ﻿