The Mystery Part 3 - My Stories And Adventures

As I continued with my journey to find the mystery, I discovered that the storm had left Club Penguin. I decided to waddle to the dock and go into the Wilderness. It was unbelievable. 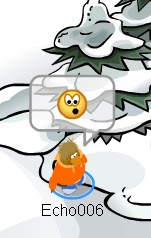 There was millions of trees opening up as I walked through them. Puffles were lost and penguins were puzzled. I was in a maze. Yet had no idea where this place would lead to... I took the path on the left. 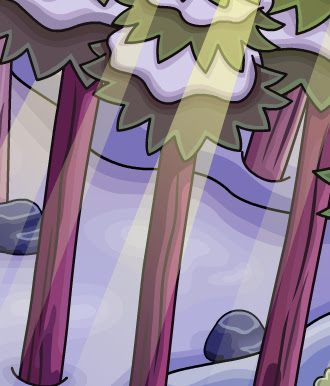 I ended up near a Gigantic machine! What was it for? Did this machine make the storm? I tried to work out how to use it. I eventually gave up and poured myself a cup of a coffee. 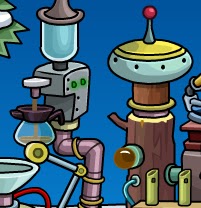 The machine had started! Wow! That was easy. Now I needed to try and figure out what to do next. So I poured the coffee into the wooden tub and pressed the green button. Then I pressed all the other buttons. 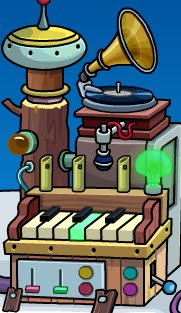 I played the piano gently but instead it caught fire! I put it out with a snowball and played it again. Perfect.﻿ But what was all this stuff for? 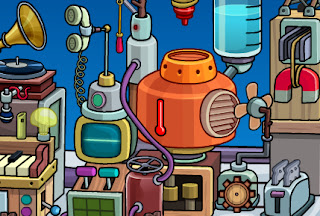 I was thinking back to January and remembered I'd seen this machine before! At the Wilderness Expedition!
After a long time, I finally finished working it and suddenly a storm had started! I fainted. 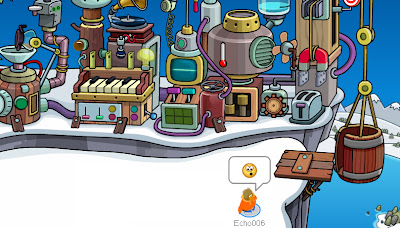 When I woke up, I found myself in a weird place I had never seen before. You'd never of guessed what it was. The entrance to the Shadow Dojo. 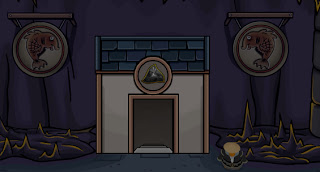 I decided to take a step inside and see a glimpse of the future. ﻿I saw nothing but pitch black darkness. 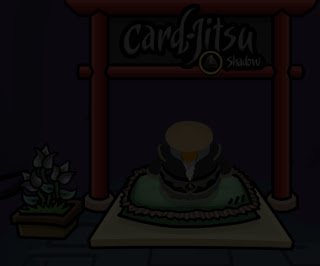 Try and zoom in. What can you see? I rushed backwards tumbling down a hill. I was back in the present time. I found one of my friends. But we were in the past at the Mountain Expedition. 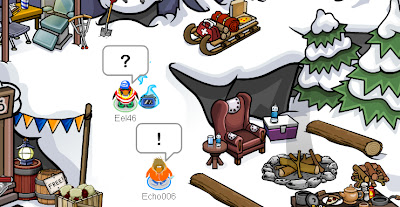 My friend could smell fish dogs. He hurried up the ladder at the top of the mountain. We were trying to solve the mystery and he was easily getting distracted. 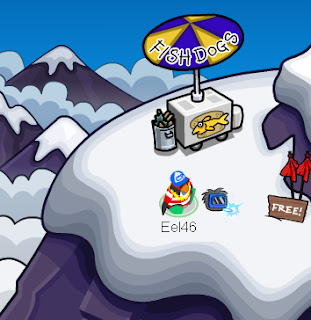 Finally, I figured out why we were here. The machine had sent us to the future and then to the past. But all of a sudden my friend started to disappear... 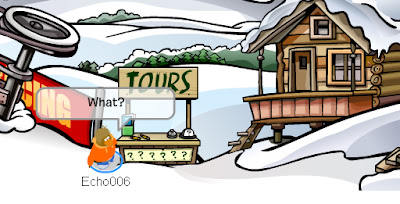 Then I noticed we were back in the present time. ﻿I wonder if the machine powered the storm? Or did the Shadow Ninjas make it? Time will tell... The Card-Jitsu party was just around the corner.

I knew it! Sensei looked at me﻿ and winked. I knew only me and him knew the secret of the Shadow Ninjas. But the mystery had changed, it wasn't about the storm anymore, it was about Ninjas. 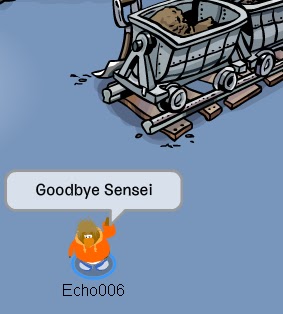 I waved goodbye to Sensei. What an adventure it had been! I wonder where I will go next...
Do you have any ideas? If so, comment below!

The Mystery To Be Continued...