Card-Jitsu Snow is a great game! I'm not able to take photos, as I am always concentrated on the game! But, so far, I am doing well on my journey. Card-Jitsu Snow is different to the other games. For a start, you can't ask your friend to play a game of it, because you're connected to penguins from other servers! This is very clever, as before with CJF and CJW, you had to log onto a high server to get friends to play with you! 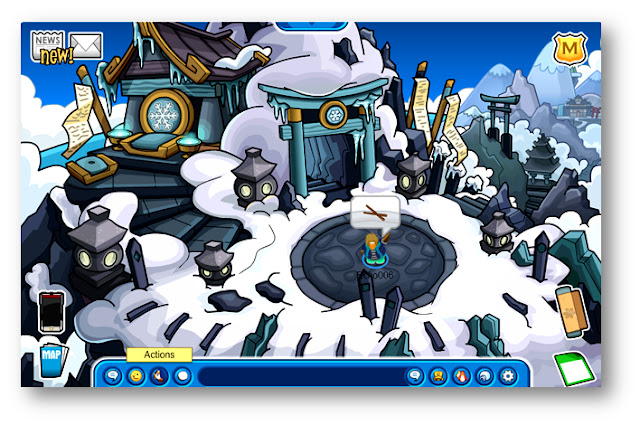 Because we've already beta tested the game, you know how to play! It's actually really simple, and you only have to play about two games before you unlock the next item/video! Of course, it's not in full screen, but hopefully it will come to iPad, so we can battle easier. But will we be able to earn stamps on the iPad? Overall, it's a great game! There may be a few bugs and glitches, but that doesn't matter :) Apparently, there's a villain you'll have to beat in the end. And once you've got the snow gem, you're only HALF WAY there (according to the stamps)! Good luck on your snow journey! The Card-Jitsu Party, overall is pretty much the same, and there's a party catalog with LOTS of free items (but only the snow ones are new!) I'll be going on holiday this evening - so good luck with your snow journey! I will have lots of catching up to do when I get back ;)
Posted by Echo006 at Saturday, May 25, 2013