This is just a little bit about my penguin and it's history :)

I first joined Club Penguin in April 2008. About 2 days after the April Fools Party finished. I only joined Club Penguin because my sister had just joined, so I decided to get my own account too. At the old Mine Shack (in the April Fools Party) penguins would have to connect the dots to create the mine and get a crayon pin. After the party ended, the crayon pin was added at the Mine Shack like a normal pin. Since then, I haven't stopped playing Club Penguin apart from January 2009 (where I missed the Fiesta Party and the Taco Pin) and some of the Summer months when I have been away on holiday. But even then, I always try to get on to Club Penguin. I got my first membership when Music Jam started in July 2008. I was so desperate to get all the cool member items from the merchandise stands at the iceberg. Ever since then, I have always played with membership apart from one time (for a day) when for some reason it just stopped. That day was great - I met another non-member named Echo007! I've had lots of different friends in my time on CP. In 2011 I was great friends with Waddle, Pingy and Brainy. That was hilarious! I first met Waddle in the great snow maze, when she was dressed as a boy. But then we all moved on, in our separate ways. I started blogging as I wanted to do something different. If I hadn't of started blogging, I might of quit CP! Now I've got lots of different friends. These are found through blogger, so without it, you might not be reading this now! About none of my friends have actually kept on going with me to where I am now. They all seemed to loose interest (now my Buddy list has a load of penguins who have left CP forever.) I've seen all the Club Penguin rooms go from old to new. One of my favourite rooms would have to be my igloo. My favourite minigame has to be Thin Ice. That game has been there ever since I started, and it's epic! My favourite item (one of the first) has to be my hoodies. They are just so simple, and I love wearing them with a scarf or a matching item. My favourite hair (I hope you could tell) is the one I always wear, the spiky hair! I don't really know the name of it, but I know that I unlocked it from the Treasure Book. I don't like wearing things everyone else has. I like to be original. I have lots of different "rare" items, but they always come back. There's only a few proper rare igloo items I have. The best now, has to be the self portrait of Rockhopper and Yarr. I don't think that item will return soon. It's hard dealing with change (especially on Club Penguin), and some friends don't like the new changes CP are making. However, life has loads of changes, but you've just got to adapt to them. CP has been with me for almost 5 years of my life. It has helped me in many ways - like learning how to type quicker (I only use two fingers, and at my school I'm the fastest of all of them!) My favourite Club Penguin party was most likely the original Music Jam. The new one featuring Rocky and CeCe just wasn't my thing. Club Penguin has changed from a small little island to a jam packed island full of millions of penguins. And I'm proud to be one of them. I've been blogging about CP for a year now, and I love it. Club Penguin is amazing and I've found so many friends, so many new things - it's wonderful! 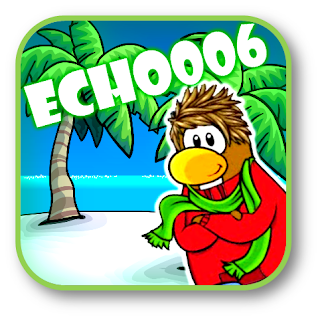