I can't believe how many sneak peeks there have been of Operation Blackout. I suppose it did take Club Penguin a year and a half to make this blackout. It better be good :) It certainly looks brilliant so far, but now it's going to look even better! Remember the picture which was sketched and showed a huge forest, this could be the front of Herbert's Lair. Has Herbert built this where the EPF used to be? 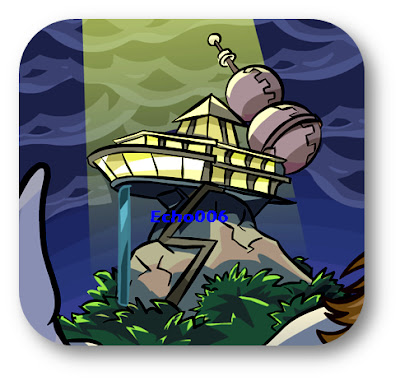 ...That machine is certainly pointing towards the sun (if there is one!) This forest includes lots of trees ~ is this part of the huge forest that we need to get through to find Gary? It's going to be a hard trek. 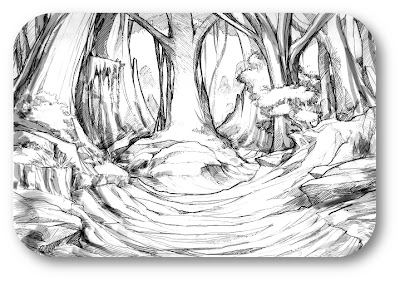 ...Also, about a week or two ago, Polo Field sent three sneak peek pictures to three new bloggers and here are two of them belonging to Ash and Alessio :)

Looks like the Coffee Shop and a ladder to...? Very strange and perculiar. Have you got any ideas on what Operation Blackout holds in store for us? This is the first time since August that we have seen our polar bear! If only Rookie would stop messing around. He's been a Rookie for about, ever since the PSA started and that's older than most of the population on CP! Anyway, time will tell...
Posted by Echo006 at Sunday, November 04, 2012