I just met Spike Hike on Fog for a Spike Saturday :D Firstly, I saw Ocean was online on Fog so I went on to the server, in search of him. But what I found was Spike Hike! I started in the Hero Carrier and waited there, but I saw Ocean was in the Town so I went to the Snow Forts. I knew Spike Hike wouldn't go there, so I stayed at the Villain HQ, hoping that I would get a good chance of a few seconds with him alone. And I pretty much did: 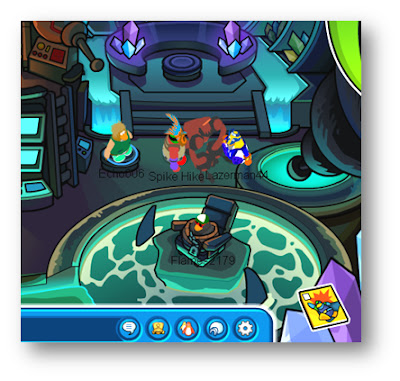 That was his last room of his party, and so he left. Then, I went to the Iceberg, alone to edit the picture above because my friends list, again, was not working so I couldn't find Ocean or the others!While I was doing it, I gathered a crowd of my friends! 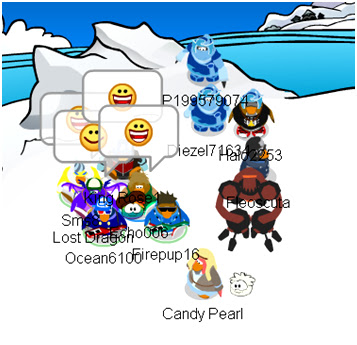