Sure, you've most likely read it all before, but not my way of explaining things!
You may be wondering why I have waited a whole week to make this guide. Well, it's not really a guide, is it? It's more of an information booklet. But I've waited a week, because now all the robots are available to build and all the gloves are available to use! So, let's start. You're going to be faced with a choice. Hero or Villain? Unlike last year, there is no option to be a citizen! Now you've chosen. Let's start with the villains, so we can have a happy ending ;) 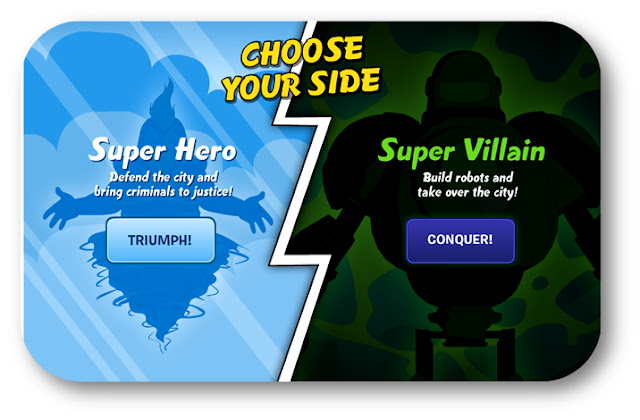 The villains mini-game  may be the easiest way to destroy things. You only have to play it once to have atleast one robot which you can keep as long as you like until you send it to the Recycling Bin. So, to get to the "Robot Factory" head down to the Cove and enter the secret tunnel. But if you've just been arrested and you're escaping from prison (The Stage) then head down the ladder in the room, if you can escape ;) 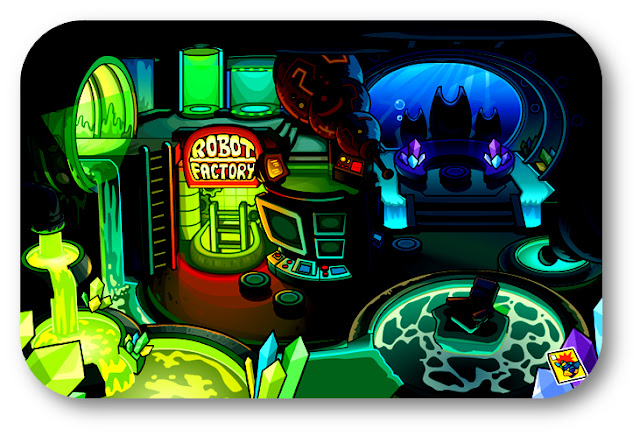 Now you're in the robot factory. Well, you're actually in the villains base in the sewers, but here you can play the robot factory game! It's actually really simple. You will be faced with eight different robots. Pick whichever design you want. (This is one of the reasons I waited a week to post this) Now you've got your design. The easiest way to do this is to start with the head. Look at it on the design, then pick the one when it spins around. Next, choose the right arms for your design and last, choose the right legs! If you pick the wrong part, the correct parts you have put on will be taken off. If you do those steps really quickly, you will be faced with four different gems to colour your robot. But be careful, if you take too long you won't get as many colours to choose from! 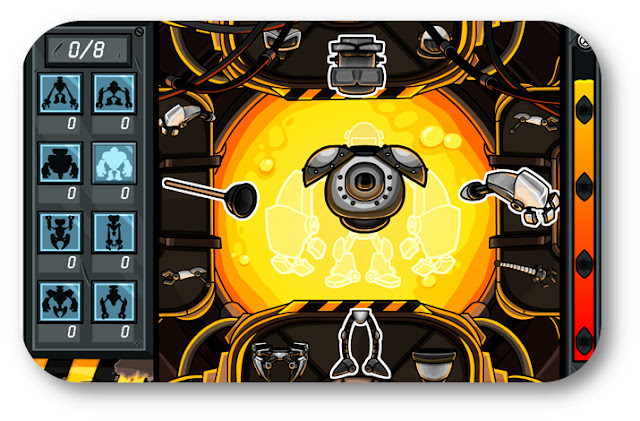 Once you've built all of the robots, you will be able to get a special hoodie! 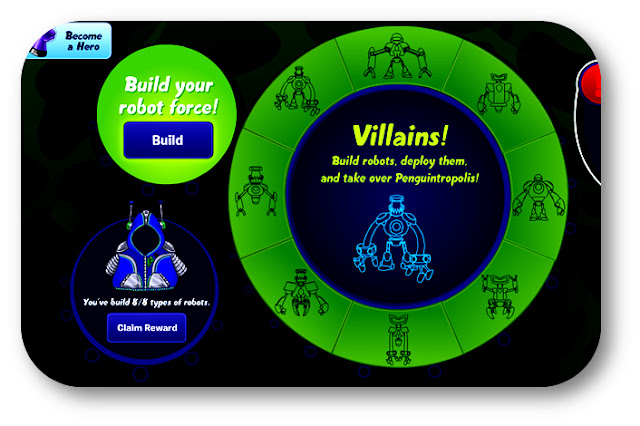 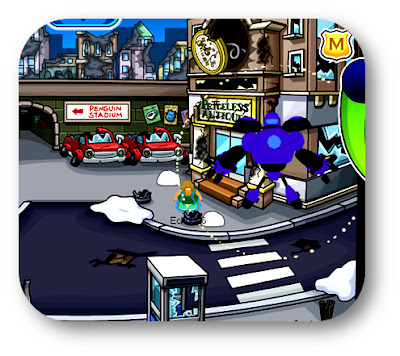 Villains also can read the back side of the newspaper for updates from the protobot! But, if you want to be a hero, just click on the right hand side button, and in the top left hand corner click "Become a hero" You'll be faced with a screen like this: 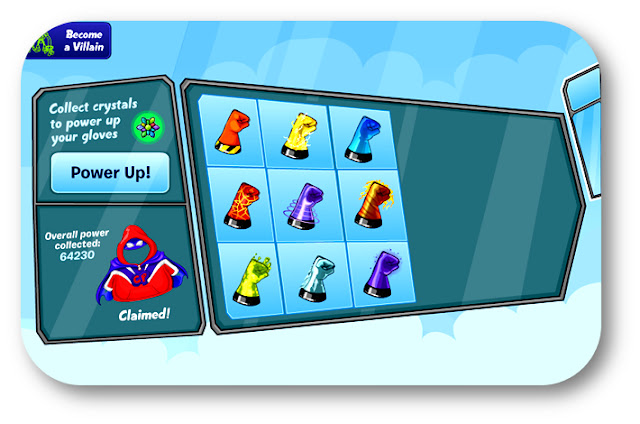 ...Now you can choose all of these super cool gloves! One of them repairs the city due to the damage, and the rest of them destroy the city! So much for heros being good, right? But anyway, these power gloves are epic! Just throw snowballs and they explode stuff! Here's a list of em:

They're pretty amazing gloves if they can do all that! What's best is they're free, but with a catch! You may get the item for free, but to power the gloves you must play another minigame! TIP: Always play this game in lower quality. To do this, click the key on your keyboard which has these two things on - and _ :) 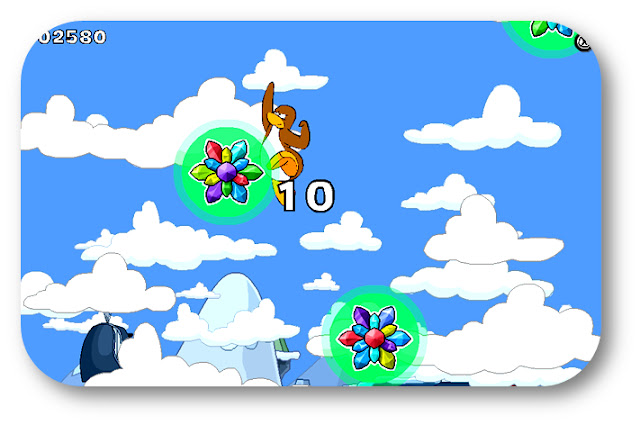 The basics of the game: You must bounce on crystal to crystal to get more bonuses and higher! But, you can also go straight up through the crystals, rather than bouncing on them to get a bigger and better combo. But, there's also a twist to the game! If you reach the end (which is in SPACE) then you get a special white hoodie! And if you collect 50,000 points you'll get the red hoodie! Now you can power your gloves and destroy the city ;)  Man, I can't tell you how many people like to construct the city when you've destroyed it! Took me ages to get it like this... 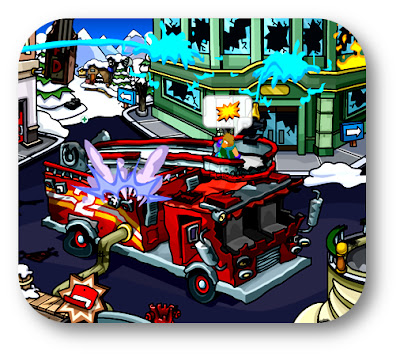 Other things: One free item at the Stage (click on the camera to receive the background) and a money bag from the pizza parlor. Many many many costumes are in the catalog, so get them while they're here marvel fans! Also, there's three new emotes which won't be staying for very long either! Hope you enjoyed the guide on Super Heros and Super Villains ;) Took me quite a while to make!
Posted by Echo006 at Thursday, May 02, 2013