The Secrets of The Wilderness ~ The Base

Eventually, after hours of walking, we found a camp site, with nobody in it. Polo Field wondered who might of set it up, and where they were. It didn't really make sense that there was a deserted camp in the middle of the wilderness﻿ - but we were too cold to complain. We all sat down on the cushions and waited. Bubsey, Perapin and Minty decided to get up and look for any signs of whoever was hacking into the EPF, while Polo Field and I stayed at "The Base" as we called it. 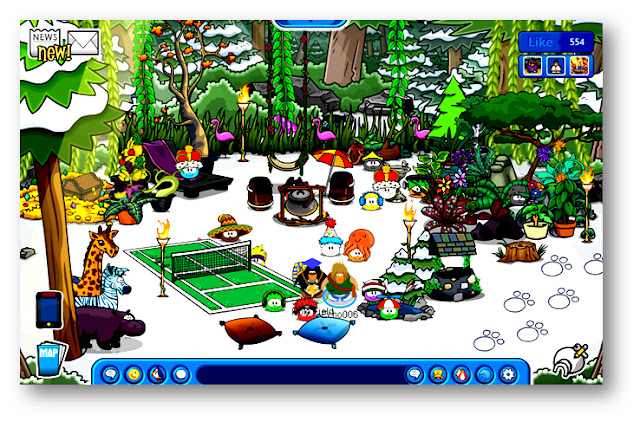 ﻿...There were millions of exciting plants, flowers and trees - but we didn't dare touch them. We stayed focused and instead, played a small game of tennis. Polo Field won, of course, but I still enjoyed playing with him. He was wearing his bling bling necklace, while I was wearing casual clothes with a brown bag, containing water and food. Time moved on very slowly then. Perapin, Bubsey and Minty had been gone a long time, and we started to get worried. Eventually, after a few more hours, we decided to abandon the base and search for them.
"Do you think this is a good idea?" asked Polo Field.
"Yeah, they could be hurt or in danger. We told them to meet us an hour ago!" I replied.
"Maybe they just got lost."
"Then we'll need to find them! With no communications, it's going to be hard - but they're our friends!"
"If you say so," added Polo Field, "after all, you are the team leader." He winked and we waddled away down through the plants and the jungles, in search of the other team members.
Posted by Echo006 at Wednesday, April 03, 2013