Just To Let You Know..

Hey everyone! Yes, it's me Echo006! Don't ya think Penguiin23 did a great job of posting a few bits and bobs while I was gone? He certainly did ;) Have you seen the new EPF theme? It's epic! I can't say how excited I am to be back! Not only that, but we've reached 80,000 pageviews! Maybe when the new treasure book comes out (if I have some spare codes) there will be a giveaway :D And, as well as this, I'm changing my style of writing! Not completely, but things are changing. Club Penguin is being upgraded - have you seen the EPF? We need a bit of change around here, don't we? The pictures won't be as higher contrast as they usually are. The posts will be more detailed. The blog will be more interactive and better, bigger and funnier than before! Anyway, here's what I'd like to tell ya all. After hearing that the Card-Jitsu Snow Beta Hat was only out at the weekend, I was gutted. But when POLO announced that it was available for a few more days, I set to work... 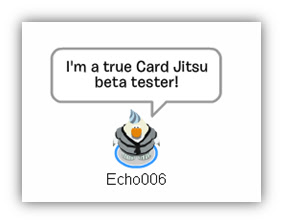 But failed miserably. Nobody played with me for the first half an hour. Then, after the computer had finally started loading quicker, it worked. But I didn't complete all the rounds. I kept failing. Until I finally managed to get the hat! I never really played the beta test before, here's why:

But now it's all fixed! I've got the Club Penguin Magazine and all :) I wonder if I should have a catchphrase...