The Hollywood Party is out now on Club Penguin! I've managed to get a copy of the latest newspaper, and I have cut it up, like usual, and I will now share it with you...
For a start, actors are needed now on Set A - Penguin High 3! Just head to the Studio Lot at the snow forts, and dress up as a dancer, action star or an alien. 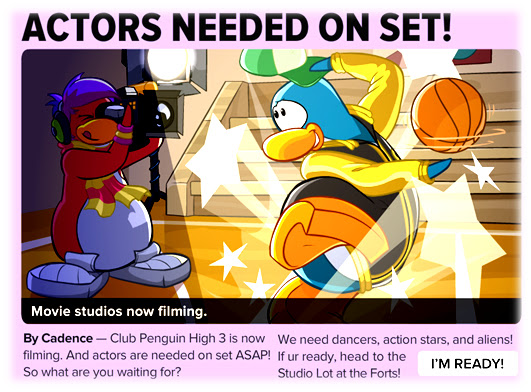 The one thing Cadence didn't mention was Directors! This article is quite ironic actually, as Aunt Arctic is a director herself. "Some people like to be in front on the camera, and others, like me, prefer to direct.﻿ 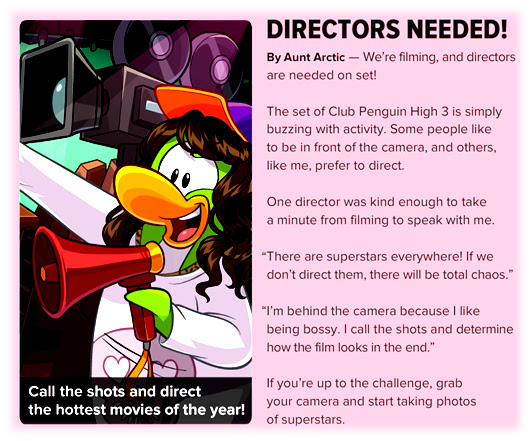 ...Want to know what's happening in the next week? Well, we've got a schedule of filming three movies: Club Penguin High 3 (Out now!), High-Speed Getaway (Out Feb. 16), Return of the Space Squid (Out Feb. 17) and an Awards Show for all the hard work that we'll be doing! (Out Feb. 21) 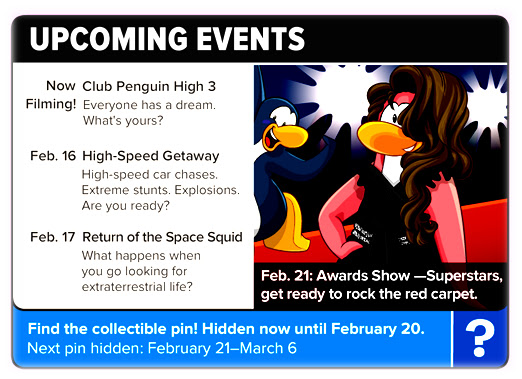 Now I just gotta let you into this secret. For a start, when you enter each set you can get A Gold Letterman Jacket, B Stunt Suit or C Space Squid Costume. HINT: Press D when wearing these items for a cool dance move. 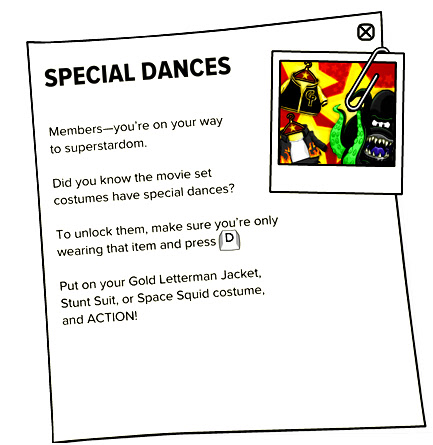 That's all for this special Hollywood Newspaper, but I'm sure there will be one next week reviewing all the films made and talking about the awards show on that day.