The Villains Strike Back ~ My Stories and Adventures

The Villains Strike Back!

After a long time of waiting, it was soon time for the Villains to attack. We were all ready, and when the destructobot came, we threw as many snowballs as possible...﻿ 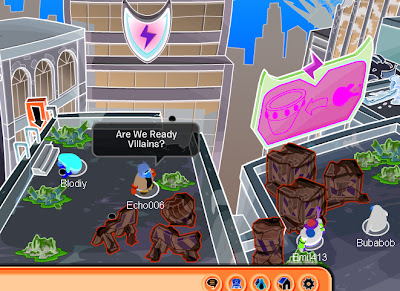 ...The destructobot arrived and I got in the machine to control him. My friends, helped me give the bot full power! The Villains still hadn't arrived... ..I got a message from the Villain HQ! Shut down the presses of the Club Penguin Times! First the newspaper...then the world! I would do this after we had defeated the Heroes once again. 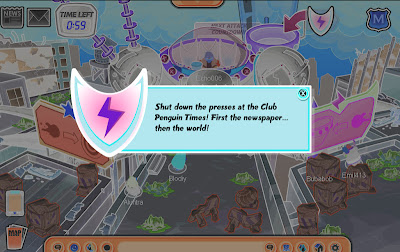 I pulled the lever and the bot shot lots of lasers out. We were sure to win. Even if the heroes did turn up, we would still outnumber them. 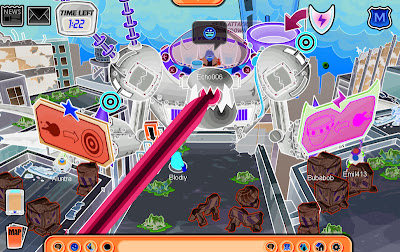 After a while, we didn't need to even throw snowballs! 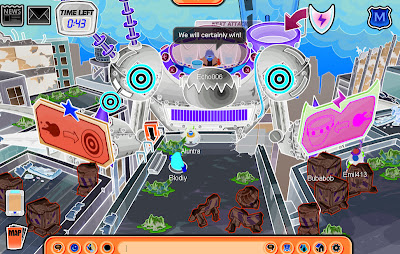 ...Only 8 seconds remain! Victory will be ours and the citizens of Club Penguin will be destroyed! Before the bot left, I told him to crush the coffee shop and all other buildings that he could...Q 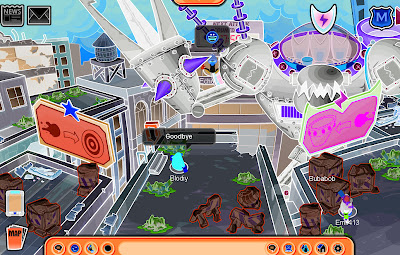 We said our farewells to the bot and then got ready to leave, when the Super Heroes turned up! Ha ha, you were too late... 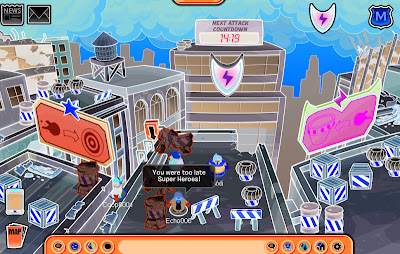 ﻿The cookies didn't last for long, I eventually turned back into a Hero, but not after I had destroyed the city!
Posted by Echo006 at Monday, June 18, 2012