It seems ages since Echo006 posted a Fact File, so today I be planning one all about me. I be a Pirate Penguin born in Club Penguin. One day, I started to build me mighty migrator! I bet ye didnt' know that I built the thing with my own flippers! 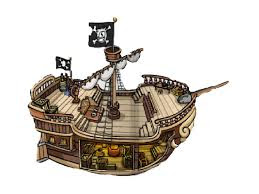 I first came to Club Penguin back in March 2005 when I had finished building the Migrator. I remember back then. I was planning something special that year. It be a Fall Fair and would come to Club Penguin in September. 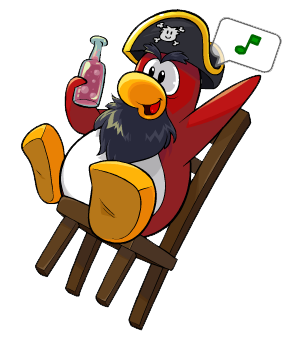 Every two or three months when I came to Club Penguin, I would open a stall in my ship and sell some o' the items I found on my adventures! One of the gifts, was a new coloured puffle. I even adopted one for meself! I named him Yarr as he always responded to me when I called out "Yarr!"﻿ 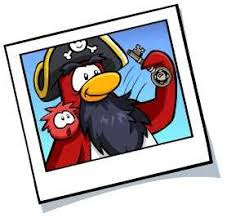 I had one terrible accident back in 2008. You'd never o' guessed what happened! Arr, I be sailin' along the seas to Club Penguin when an Iceberg struck me with shock! It looked something a bit like this:
﻿ 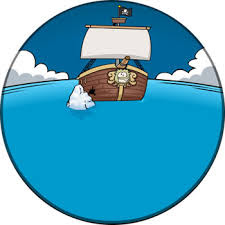 It be very frightening! But ye citizens of Club Penguin came to help me and opened up a Save The Migrator project! Gary helped too and built a strange machine called the Aqua Grabber. Echo006 helped with the project over at the Beach and picked up a map... 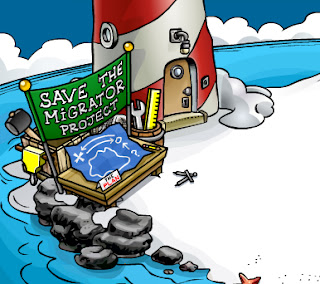 ﻿It was a great success and me old' migrator be back in shape! I decided that something special should happen, so I opened up the me Quaters! The room where I sleep. Heres all o' the rooms of my ship: 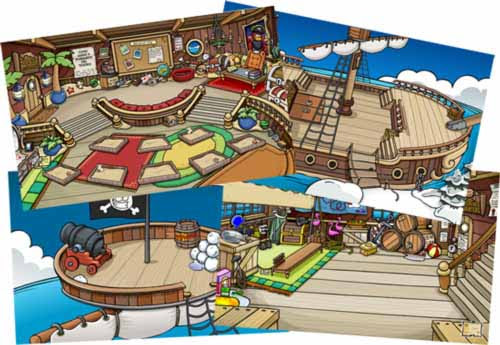 I've had tons o' exciting times bringing strange boxes and flowerplants and all sorts over to Club Penguin. I find loads of things on my adventures...
﻿

One of my favourite thinks to drink is Cream Soda. It be the perfect milkshake for a pirate, it might even make you toot a little!

You can now add me on Club Penguin as well as getting my background! Here are some of the previous backgrounds: 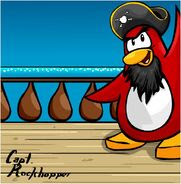 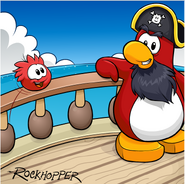