The Next Few Months - My Predictions EXCLUSIVE

I haven't really predicted anything for a long time, so here is my prediction. I have been researching and found alot of useful stuff about the next few months. Let me begin... Next month, the new party will arrive called Rockhopper's Quest! But Rockhopper usually comes every three or four months. He came for the Coins For Change party, thats two months in between. 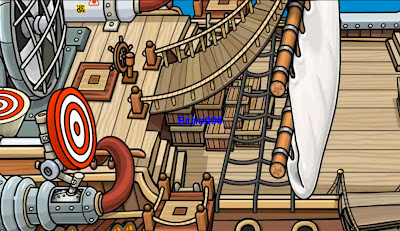 Why would he come to Club Penguin? He isn't due to come yet, but remember back in 2007, he hit an iceberg! Something mysterious must be happening. Take a look at the picture above. Where is the storage room? Why are there targets? There are so many questions asked! 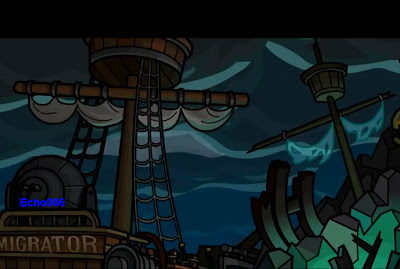 Why would there be lightning? I think that something terrible is about to happen to Rockhopper and Yarr. The Underwater Party might effect them through their journey! But the party is called Rockhopper's Quest therefore meaning we must complete a quest! Is the quest to save something of Rockhopper's like Yarr? 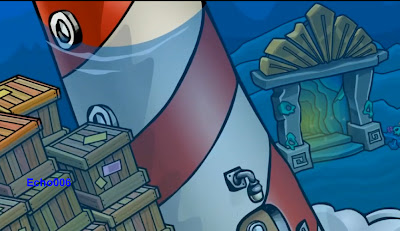 Look at the picture above. The entrance is higher than the Lighthouse door! We're going to go very deep... Move to the crates. Why would there be crates? They look just like the crates shown on Rockhopper's ship! Anything to do with them? Club Penguin are keeping us suspended... 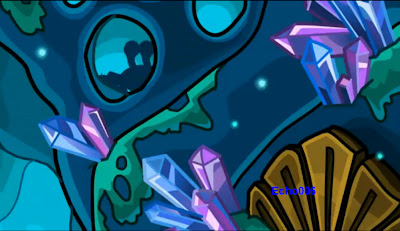 Then we come to those crabs. They were the ones who caused our first ever water party. Their last appearence was at the Adventure Party but who knows. They could return. Herbert seems ever so quiet, but hes due to come out of hibernation in August. We're still not quite sure what could happen. 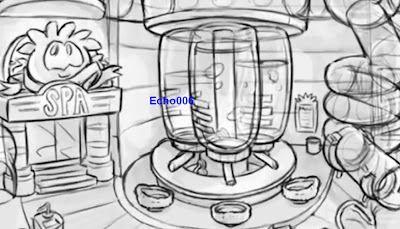 ﻿In two months, the Puffle Party will begin. We think that Club Penguin will add a new room to the Pet Shop, maybe a spa. Looks like they have some giant water bottles too. The same tubes are inside this room. I'm still not quite sure what could be in this room, but Club Penguin know for sure! 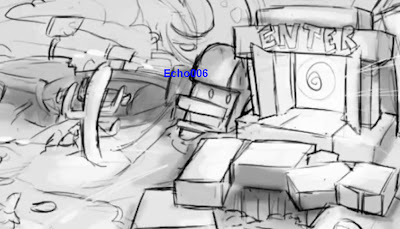 Here is a another quick sketch of an unknown room. But look closely, this is the Snow Forts at april fools. The room which has a sign saying "Enter" could possibly be a new room but is most likely to be the Box Dimension. There are lots of secrets to discover in the next few months. What are your predictions?
Posted by Echo006 at Friday, January 13, 2012