Well, 2012 wasn't the best year of all. Neither was last year. In fact, I've never had a best year. But while you all say "Happy New Year!" I don't think it will be. It never is, really. There's always good parts to the year, but sometimes there are just too many bad parts of the year. This blog is really just one of those Club Penguin blogs that don't get anywhere. But I don't need to be famous. If you're famous on Club Penguin, you're more likely to have no peace and quiet or privacy, but then again - you could have a lot of good parties :) Anyway, Happy New Year to you. 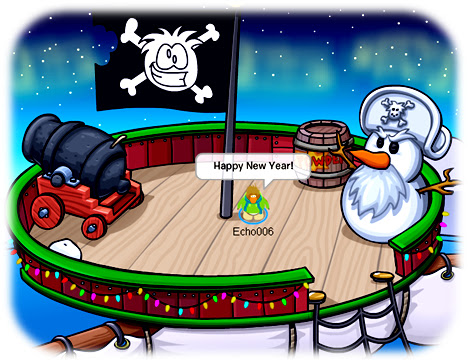 So, there you go. It won't be very happy for some people - I just hope you aren't scared of the number 13. In September and December (Friday 13th) it'll be super weird! But I'm not like that. Just because it's the year 2013, doesn't mean anything. It won't make a difference what day it is or what month. What matter is, that we keep on going. Don't stop for anything :)
Posted by Echo006 at Tuesday, January 01, 2013