After the blackout, things turned back to normal. Buildings were upgraded and everybody sat back and relaxed. But what happened to the EPF? The building was destroyed badly by Herbert and is missing a few bricks here and there, so let's take a look down at the agent lobby (a.k.a the Everyday Phoning Facility) 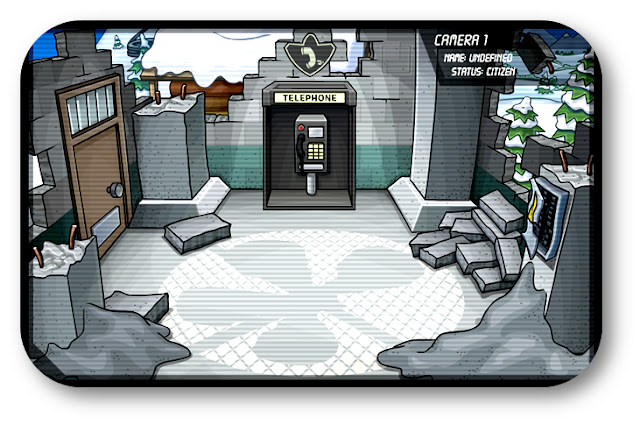 ...It's badly broken, yet the underground base still remains. However, the field-ops station has been destroyed (mostly because Club Penguin was sick of making them every week) and the tube transportation device was also destroyed (so we would never have any memories of the PSA again) 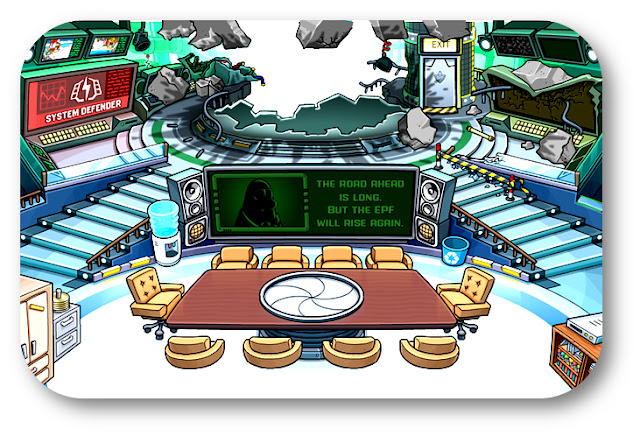 However, if you click the screen a penguin's face will appear. She says that the road ahead is long, but the epf will rise again. You'd never guess who she was. It was Aunt Arctic!
Posted by Echo006 at Saturday, December 08, 2012