Since we've had a big Cream Soda shortage, I decided to head over to the Candy Dimension to stock up on some Ice Cream. It's just as good as Cream Soda! Look, a Spy Phone Message! (If you want to know how I ended up here, it's a long story!) 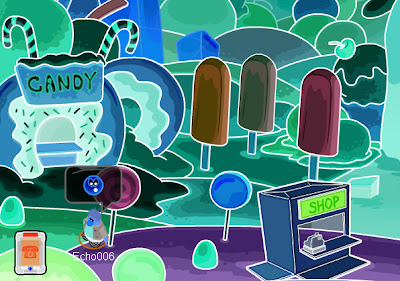 "Hey everyone, I was in the Pizza Shop, and I overheard someone say there's a cream soda shortage. Is Rockhopper in town???" Uh, Rookie. Wasn't it YOU who took all the Cream Soda? 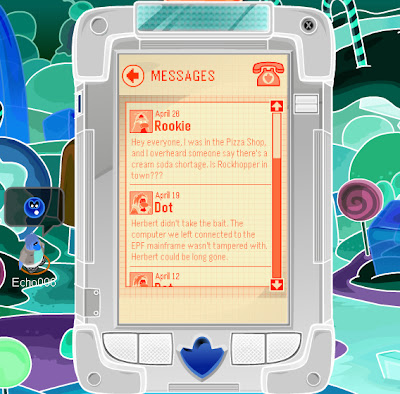 ...That penguin certainly is strange! I don't think he should be in the EPF, think of what he has caused us! He has let Herbert escape maybe like FOUR TIMES or more! Thanks alot, Rookie! 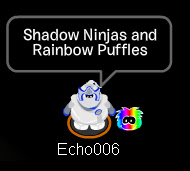