Have you noticed a tiny detail at the Ski Village? There's a belt on the Ski Lift. But why? It's time to find out more about this mysterious belt... 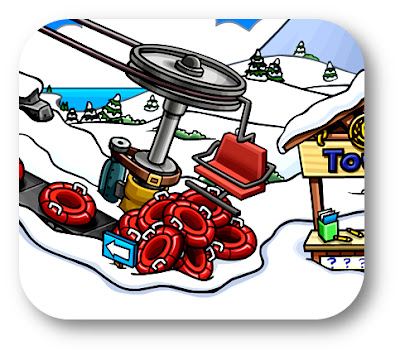 ...Back in August 2007, there was an avalanche caused by Herbert. This also caused the ski lift to stop working, so penguins couldn't get up. This included dancing penguin, who usually hangs around Club Penguin in different missions. He asked us to fix the Ski Lift, so you've got to find something, but where? 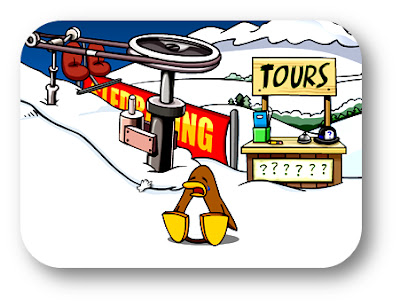 Back in those days, the Sports Shop hadn't been destroyed. Again, another thing caused by Herbert. So, by grabbing a belt of a penguin statue, it would cause his trousers to fall down! Apparently, it was fun! 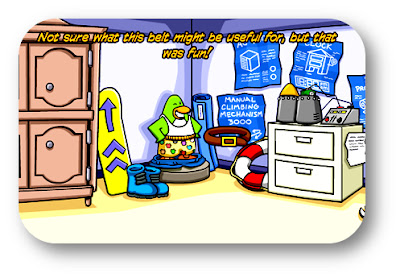 ...Then, penguins placed it onto the ski lift. It was one, very strong belt. It should do the trick, until G can fix it. So, this means that G never fixed it! Or did he? 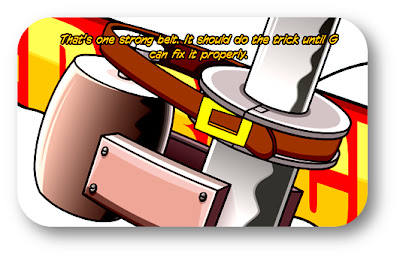 For at the old Ski Village, there was no belt to be found. So, either this belt is different or it just got lost in the snow and wind during the blackout. 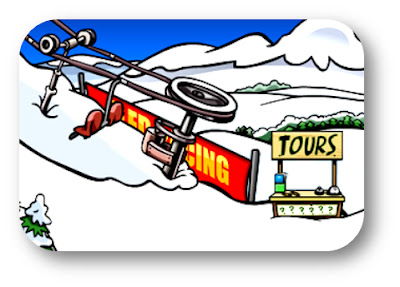 Luckily, Rory and his workers fixed it again, by adding the belt. Gary should really fix this soon!
Posted by Echo006 at Sunday, December 09, 2012