Every month, I will post a Fact File about something on Club Penguin! This month it is the Koi Fish. 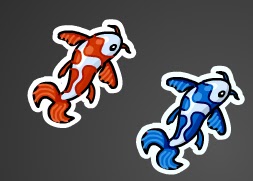 Koi Fishes are extremely rare to Club Penguin. Only few have these kind of fish. There are two types, blue and red. The blue Koi Fish is the latest pin out now at the Snow Forts! The red Koi Fish pin was hidden at the Cove in 2009. It got moved to the corner when the fair arrived.

﻿
I have one of the rarest types of Koi Fish. It was available from a long time ago in a Better Igloos catalog. 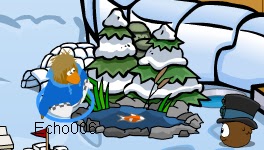 The latest version of the Koi Fish was available in April 2011. It appeared in a Waterfall Pond which costed 500 coins.

Here are some facts about the Koi Fish:﻿ 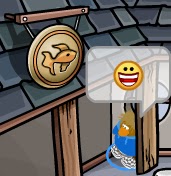 Have you seen a Koi Fish? They are one of the most rarest creatures in Club Penguin! One Koi Fish survived in 2010. It was poured into a machine and transported to the Water Dojo. You can see it now today! 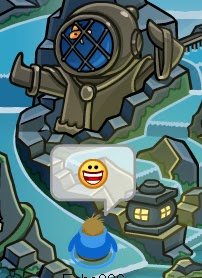 Have you seen any Koi Fish around lately? What should next months fact file be about? Comment here.
Posted by Echo006 at Sunday, November 20, 2011