The Mystery Part 2 - My Stories And Adventures

I quickly slipped out of the room... Nobody noticed. I could hear sounds. I was in the Plaza. I looked down the hole. 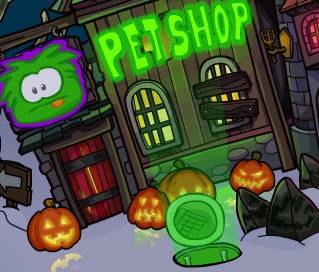 Just slime nothing else. AAAAAGH! I had been pushed down.  SPLASH! I fell into the slime pool. 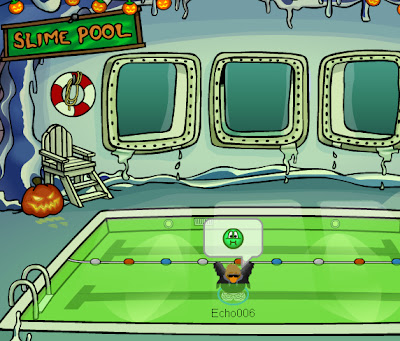 What a disgusting sight it was! In fact... I didn't know it. But the halloween party was here!
I rushed out and down the secret lab. My flipper slipped onto a lever. 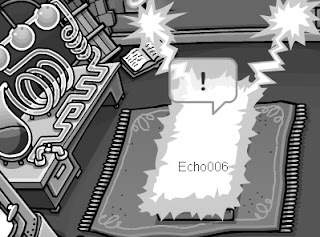 Ouch! It hurt badly. I needed to find the next clue to the mystery. I had no idea what was going on and who was following me. Suddenly, I heard a voice. I was shocked at what I saw. 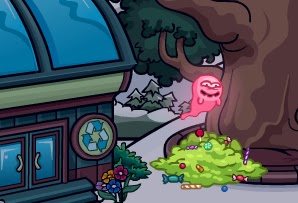 A small red ghost. I knew ghosts didn't exist but I had that crazy feeling that another was about to pop up. I didn't believe that any of this was real so I stayed calm and walked to the cove to sit down by the fire. 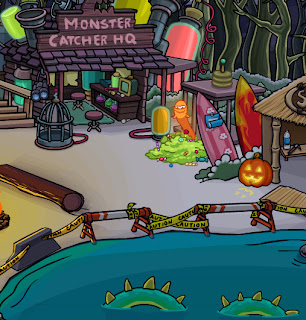 I saw something in the water. It looked very scary but I wasn't afraid of it. I decided to try and ignore the fact that it was Halloween and decided to eat a pizza. 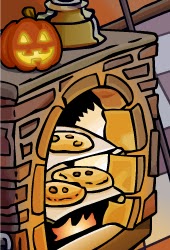 The oven was as warm as the boiler. I ate my pizza and rushed outside into the storm.

I thought about what the mystery was. Then I knew it. It was the storm, where had it come from?

I remembered when the sky had turned red and last year when it rained. But what would happen this year?
It might snow or nothing might happen. But the snow ninjas will return... 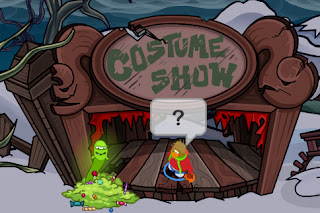 I looked around for any more clues to how the storm had formed. All I found was those little ghosts. 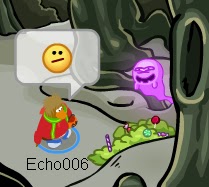 As the night got darker, I decided to waddle home to my igloo. On the way, I took a shortcut. It was through the dark chamber so I used my night vision goggles.

My flipper got stuck and I couldn't move. I waited for help but nobody came. ﻿I was alone or was I? 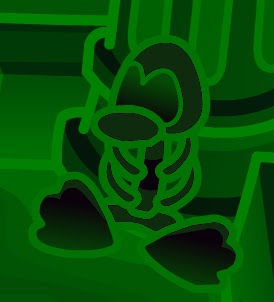