The Monsters University Takeover has started and there's tons of things to do! In this post, I'll show you everything you need to know about the Scare Games. First of all, when you login you'll be asked to pick a fraternity or a sority. Choose which team you want to join and you'll get a free hat! Once you've done this, you're ready to scare. On the map, click on go there! 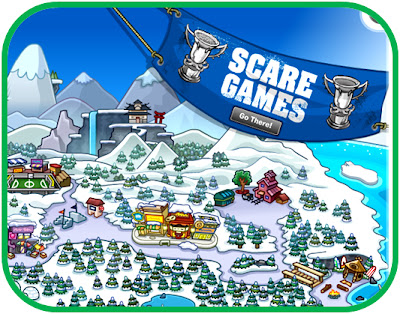 Head over to the Scare Challenge, and see what the challenge is! 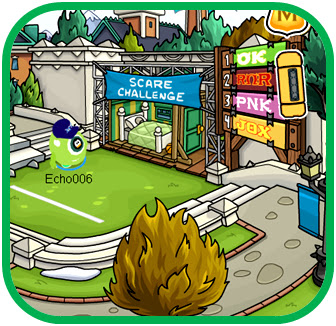 The screen will show you how many points each team has! Earn scare points for your fraternity - we'll get trophies for taking part! Currently, OK are winning and ROR are half the points of OK! PNK aren't close behind ROR, but JOX needs some catching up to do! Click on your team, and play this all-new limited time mini-game! 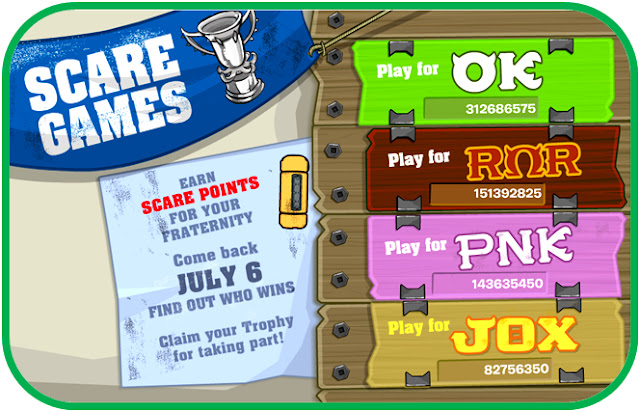 You are a monster, wearing a different outfit depending on your team. Press the spacebar to jump and use the arrow keys to move! 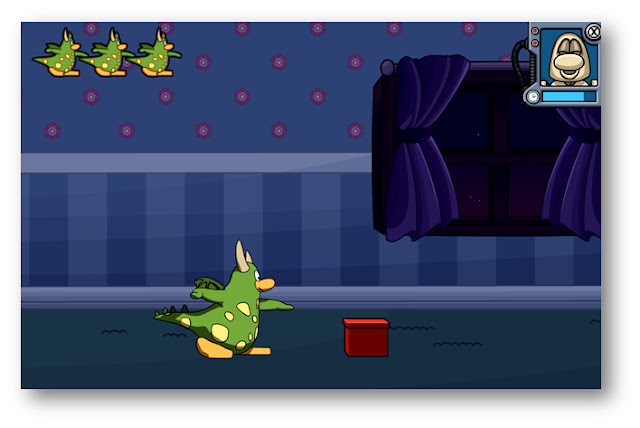 Once you've jumped over the obstacles, you'll reach the bed. Stand on the platform next to it and press the spacebar when the red dots are in the green section to get maximum points. Yellow section is ok, but red section is terrible! 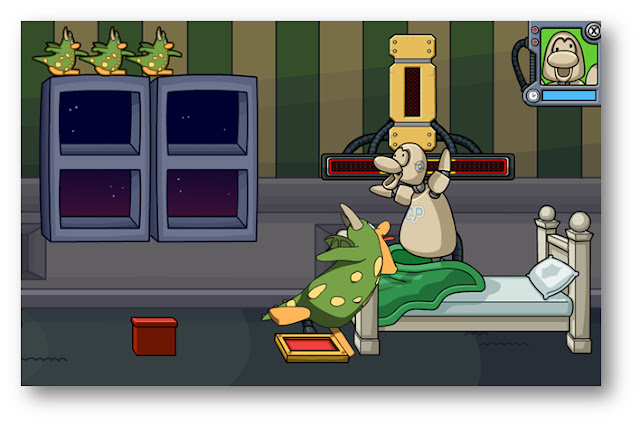 Be careful. If you hit three objects in one level, you'll have to start again and the level will be simplified! 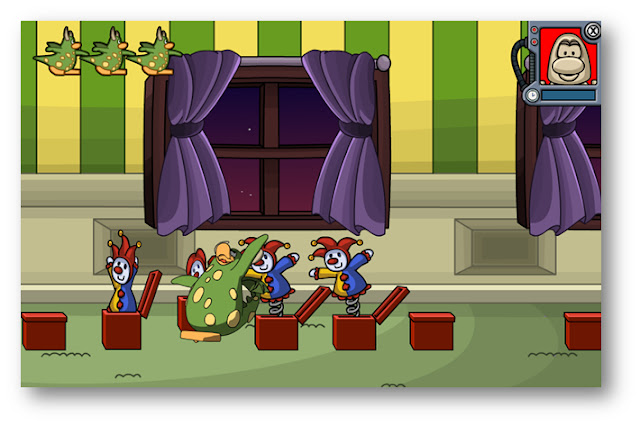 You can fly by pressing the spacebar twice, and then holding it down and using the arrow keys to fly across! 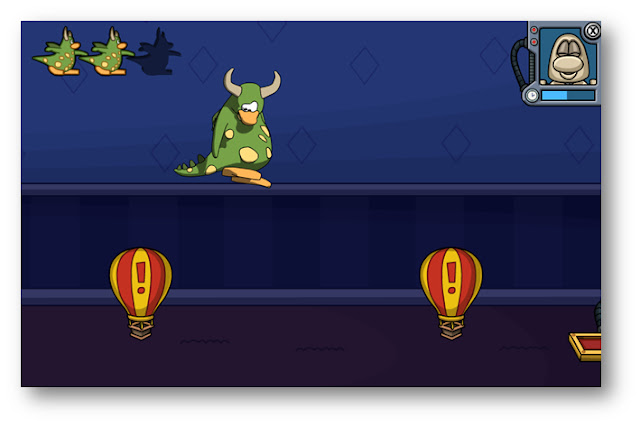 Be careful! Some levels trick you, so watch out! 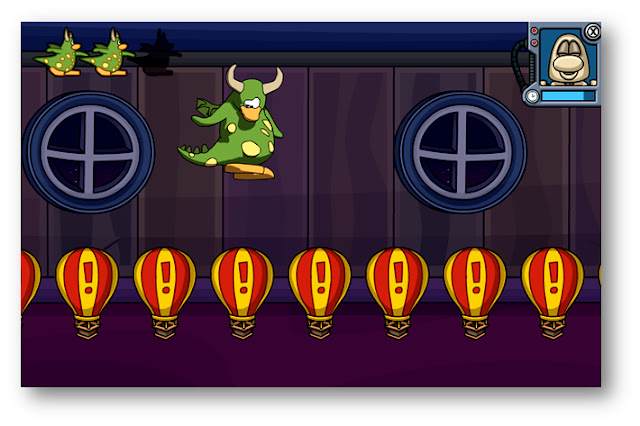 If you aren't quick enough, the penguin robot will wake up and you'll have to start again and loose a life! You only have three lives, so make sure to make the most of them! 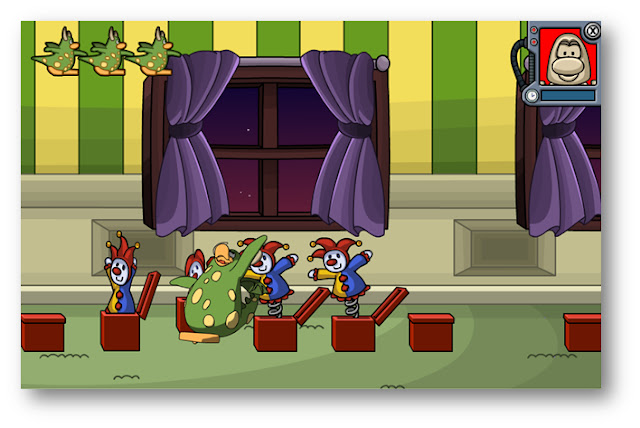 If you're caught, it's back to the start! 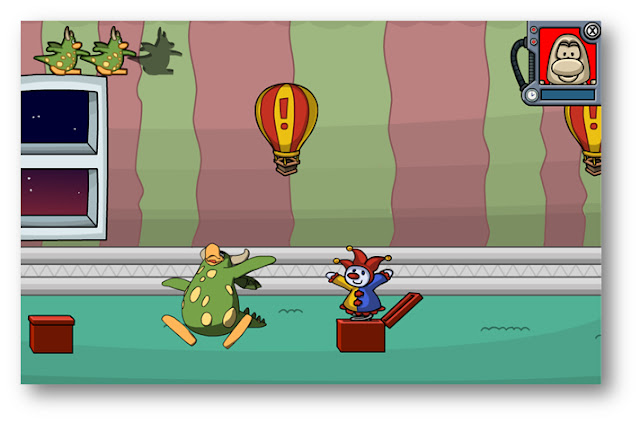 There are obstacles such as the jack in the box which is easy to avoid by jumping over it, the balloons which move so you can jump over them or go underneath them and the trains which you must jump over, but they move from left to right so be careful! 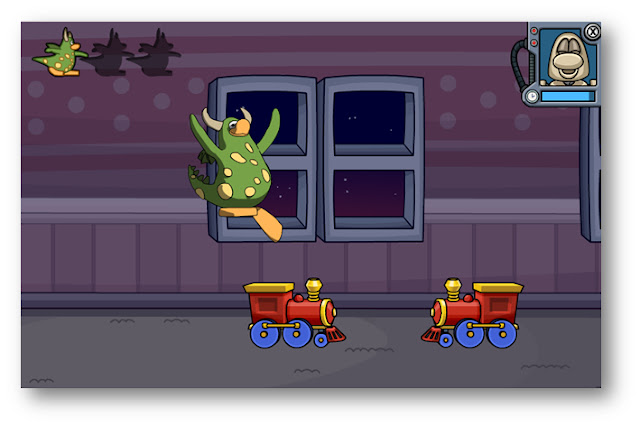 Once you quit or loose all your lifes you'll get a certain amount of Scare points! ﻿ 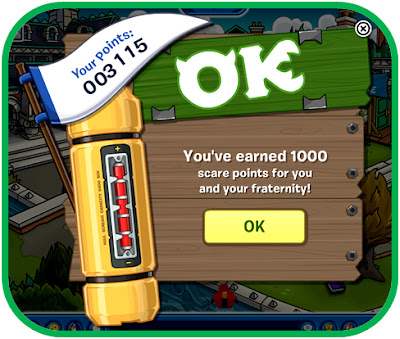 More information on the rooms and catalogs will be coming soon :)
Posted by Echo006 at Thursday, June 27, 2013