Strange crystals have magically sprouted up around the island, but why? Strange things always seem to happen at this time of year - last year, a strange meteor struck, therefore causing the protobot to start an outrageous party with super heros and villains. Could the activity of the crystals attract the protobot again? He was my favourite PSA enemy (yes, I like him better than Herbert - his plans are so much scarier) Anyway, here's a few places where I found some crystals. The crystals decided they wanted to make my pictures look nicer, so they added a glowing effect! 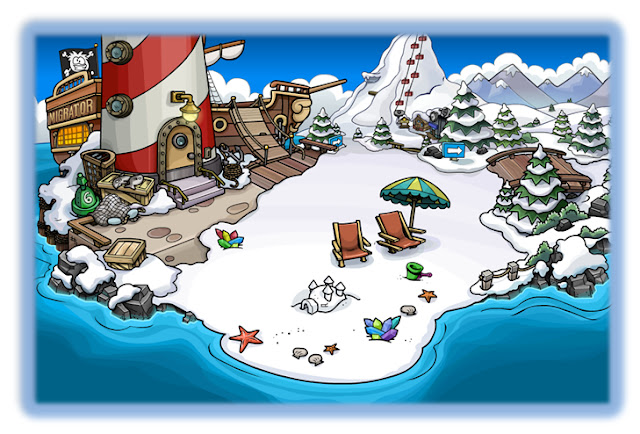 And yes, the crystals did attract the attention of Rockhopper! I had to hop on board and tell him and Yarr that they weren't dangerous, and he quickly left, embarrased. Next, I looked at the Dock and the crystals said that they wanted my pictures to have rounded edges! 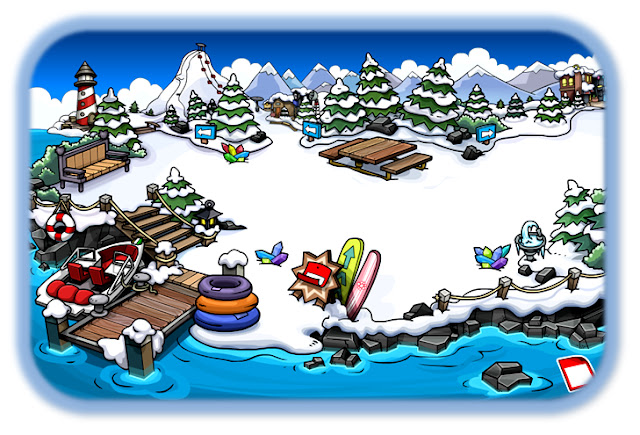 I moved on to the Snow Forts, where I found even more crystals growing in the snow! The crystals started experimenting with different effects on the glow, and they chose a purple colour! 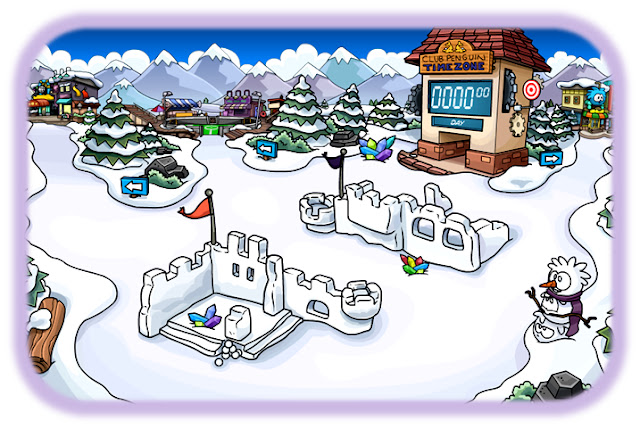 And then, as if by magic, they set up a lab, removed some trees from the forest and started even more experiments on my pictures! 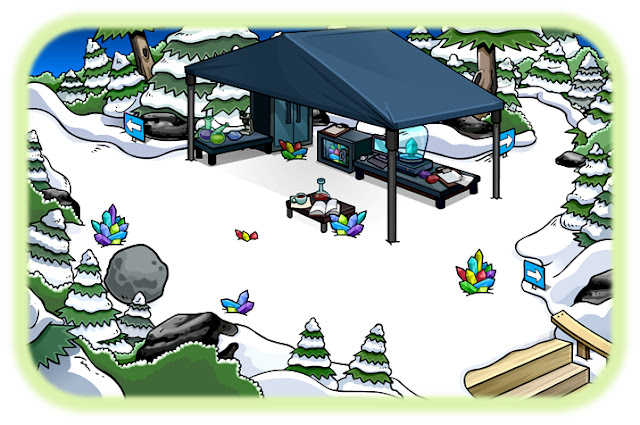 Don't ya think they look cool? Thanks crystals for helping me with the photos :) Oh, and why are the crystals here do you think? I think they thought my pictures needed an "upgrade" - Wait, it's not about the pictures is it, it's about the crystals!
Posted by Echo006 at Friday, April 19, 2013